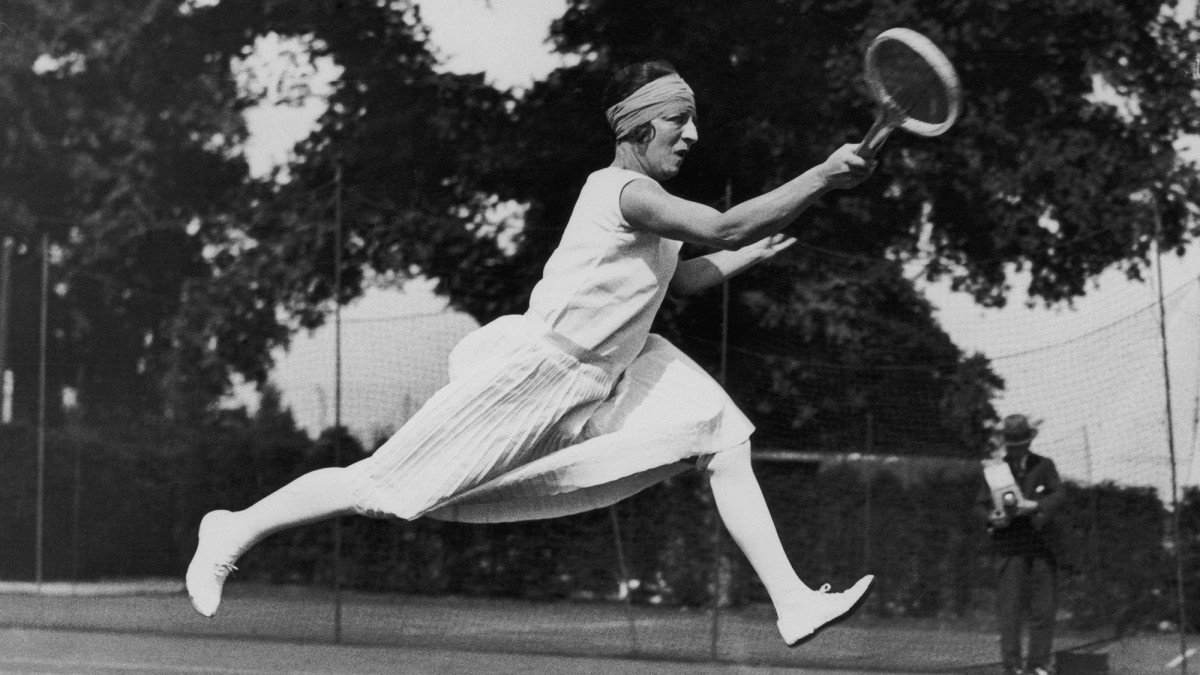 While the Queen of England recently celebrated her Platinum Jubilee, another very British institution is marking a milestone.

Wimbledon’s Centre Court, one of the world’s most famous sporting arenas, is commemorating its centenary this year.

It was in 1922 that the Wimbledon event shifted from its home in Worple Road to Church Road and play commenced on the modern Centre Court.

Doubling its previous size, the new structure had room for approximately 10,000 seats and some 3,000 standing room customers.

The move to Church Road recognized that the sport of tennis had changed for all time. It was now an international sport played by international stars. While the event at Worple Road had enjoyed enormous success for decades, it was conducted in the atmosphere of a vicarage garden party.

With the arrival of Frenchwoman Suzanne Lenglen, a popular tennis prodigy with movie star appeal, members of the All-England Lawn Tennis and Croquet Club (AELTC) realized that their grounds were too small to accommodate the growing crowds.

With a flair for both the graceful and dramatic, Lenglen injected an aggressive style of tennis into the women’s game and also added a new sense of fashion on the court as highlighted by her signature headband.

Do you shop on AMAZON?  Support us at SPORTS HISTORY WEEKLY by clicking here for ANY of your AMAZON purchases

Among her numerous accomplishments, Lenglen would claim five consecutive singles at Wimbledon from 1919-1923, and then again in 1925.

When the 1922 tournament went into full swing, workmen and carpenters were still putting the finishing touches around the new Centre Court.

At the time, the arena was viewed as having “a stark and naked appearance” without any of today’s greenery. Still, the venue was noticed for its “daring modernity” and visitors described it as “a great cathedral of sport.”

Not only were there more spectators inside the arena, but the seating was also configured to be in closer proximity to the players. It was a new type of stadium that allowed scrutiny from all sides.

A Wimbledon staff member at the time, Norah Gordon Cleather remembered the opening day being a mass of confusion. For months, her task had involved organizing the sale of tickets at the fifty different entrances to the new facility.

She spoke of no fewer than 537 varieties of tickets: “There was a whirling, coloured snowstorm of pink, blue, yellow, mauve and green tickets.”

Wimbledon implemented other changes as well, such as the removal of the Challenge Round. This was the practice whereby the defending champion was not required to play through the tournament, but merely play a Challenge Round against the winner of the All-Comers event.

It was marvelous news for Lenglen fans who were now treated to watching her four or five times at the singles, rather than just once at the Challenge Round.

The opening day itself had to be put off due to a downpour of rain. Some of the naysayers claimed this was the “wrath of heaven” directed at the AELTC and its plan “to commercialize the dear old game of lawn tennis!”

The disastrous weather continued for most of the event and it was one of the wettest Wimbledon tourneys on record. It ended after 15 days instead of the usual 12, with matches stretching into the Wednesday of the third week.

Commander Hillyard, secretary of the AELTC, was responsible for the turf at the new venue. He had selected “virgin seaside turf” from the northwest county of Cumberland. The dirt was actually full of live shrimps.

There were two problems with the court surface- the turf itself and the abnormally wet weather. The ground was too soft and velvety and it played slower than at Worple Road. This resulted in a re-seeding for the following year.

With rain abating on the second day, the first match to inaugurate Centre Court was a men’s duel between British players Algernon Kingscote and Leslie Godfree, with King George and Queen Mary in attendance.

At the conclusion of the first rally, Godfree ran to the net and claimed the ball as a souvenir, the first ever to be played at Centre Court. Sources say that with time, the prized ball was destroyed by moths.

Lenglen made her first appearance on Centre Court a day later. Once again, King and Queen were in attendance in the company of other royals and celebrities.

Watching Lenglen in action, one writer penned: “Leng-len Trail a-Winding”, describing how half of London wanted to watch her play and was prepared to line up in the early hours on a queue stretching from the Church Road Ground to Southfields station.

Gerald Patterson of Australia, a big man with a powerful serve, ended up winning the men’s singles in 1922 after beating fellow Australian, Randolph Lycett, in the final.

As expected, Lenglen went on to claim the women’s competition after defeating her American rival, Molla Mallory.

Due to the unpredictability of the weather, the ladies did not take to the court until after 7.00pm on the Saturday of the second week. The match lasted just 26 minutes with Lenglen sweeping her opponent 6-2, 6-0.

Strangely, the contest was remembered for concluding with the most hostile handshake ever seen at Wimbledon. Coming off the court victoriously, Lenglen said crisply to Mallory, “Now you will know I was ill in America”. She received no reply.

It seems the Wimbledon final was a vindication of her loss to Mallory when the two faced each other a year earlier at the US Championships.

At the time, the Frenchwoman was feeling sick and was also traveling in America without the company of her father who was her coach.

In the first round, she took on Mallory, a five-time winner of the US Championships, and was trailing 2-6, 0-2 when she developed a cough and decided to withdraw.

It was the only loss of her post-World War I tennis career.

Lenglen was the first female athlete to become a global celebrity. In France, she grew to a mythical persona with the press referring to her as “notre Suzanne” (our Suzanne).

But across the English Channel in Wimbledon, she is remembered as the woman who spurred the construction of a new Centre Court and then helped fill it to capacity.