One man’s dream of an MLB franchise in Cuba 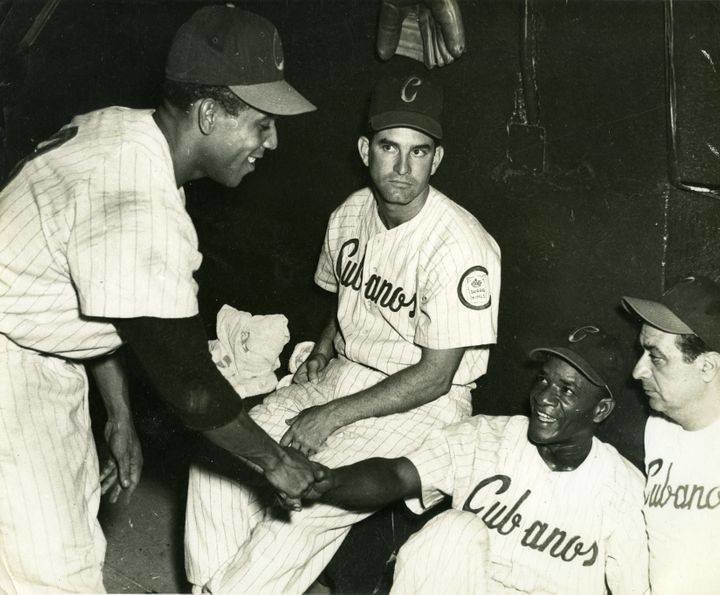 Pre-Castro Cuba had all the ripe conditions for a major league baseball franchise: tradition, talent, affiliations, and Latin America’s largest baseball stadium that was only 90 miles from U.S. shores. But then came a revolution that nationalized everything on the island, including professional baseball.

In May of 1953, a wealthy Cuban visionary by the name of Roberto Maduro paid $40,000 to buy a majority stake in the Havana Cubans, a minor league outfit that played in the old Class C and later Class B of the Florida International League (FIL).

But Maduro’s aspirations reached higher when he obtained the rights to the Springfield Cubs, a AAA Massachusetts-based franchise that folded after just a few seasons in the International League (IL), an older and more established baseball network.

Maduro moved the Havana Cubans to the IL lineup, renamed them the Havana Sugar Kings, and affiliated with the Cincinnati Reds. The Caribbean Island now had a club that was playing one level below the majors against other AAA organizations such as the Rochester Red Wings, Buffalo Bisons, and Montreal Royals.

For decades, baseball was as much part of the Cuban soul as music and tropical breezes. The game was organized in 1878 when the Cuban League was born with just a handful of teams. Partly as a form of defiance against Spanish colonialism, its following grew to replace bull fighting as the most popular spectator sport on the island.

Cuban baseball was integrated in 1900, nearly half a century before Jackie Robinson broke the color barrier in America. Still, matches between local clubs and those in the U.S. became commonplace, with Cubans joining the Negro Leagues and winter baseball contributing to the cross-fertilization between north and south.

Baseball star Jose Mendez, who pitched for Almendares in the Cuban League, gained legendary status after dominating the Cincinnati Reds on their visit to Havana in 1908. Cristobal Torriente out-hit and out-homered Babe Ruth in 1920 when the Bambino visited Cuba for a 9-game series. Mendez and Torriente were both inducted into the National Baseball Hall of Fame in 2006.

To Maduro, there was no reason why a major league franchise couldn’t plant roots in Havana. Teams in the U.S. were already relocating, such as the Boston Braves to Milwaukee (1953), the St. Louis Browns to Baltimore (1954), and the Philadelphia Athletics to Kansas City (1955).

The island’s capital also boasted the Gran Estadio de la Habana, home of the Sugar Kings and Latin America’s biggest and most advanced baseball stadium, which opened in 1946 with a seating capacity of 30,000.

When the Sugar Kings debuted with the IL in 1954, their roster consisted of ½ Cubans and ½ Americans. Clint Hartung, a veteran pitcher with the NY Giants, and Johnny Lipon, formerly with the Detroit Tigers, were members of the team’s inaugural season.

Maduro’s slogan for his minor league franchise was “Un paso mas y llegamos”, or “One more step and we arrive”, in reference to the ultimate prize of reaching major league status. His players understood it and harbored similar dreams.

He developed the best farm system in Latin America, not just seeking out talent from across the island, but from other countries such as Mexico, Nicaragua, and Venezuela. Maduro also sponsored Cuba’s equivalent of Little League, which saw 5,000 kids grow up in the sport.

Always entertaining, the Sugar Kings’ games were preceded with live music and colorful pageantries. But despite the party atmosphere, the team struggled for most of their seasons. They finished 5th in 1954, 3rd in 1955, and no better than 6th in the years 1956 through 1958.

Still, Maduro’s franchise fielded exciting players such as hurlers Luis Arroyo and Mike Cuellar, both of whom rose to become World Series champs. In his first game with the Sugar Kings in 1957, Cuellar struck out 7 Montreal Royals in just 2 innings and led the IL that year with an ERA of 2.44.

For the 1959 season, Havana’s minor league team regrouped with new players and a new manager. Faces that would later appear in the majors included Leo Cardenas and Cookie Rojas, as well as American Jesse Gonder.

That year, the Sugar Kings made their first and only championship run. While they finished 3rd in the standings, they upset the Columbus Jets and Richmond Virginians to win the IL Governors’ Cup. They then took the Junior World Series by defeating the Minneapolis Millers of the American Association, 4-3.

It was a monumental achievement for the team and for the Cuban nation. But the jubilations came in the shadow of growing political tensions. Earlier in the year, on January 1, 1959, Fidel Castro and his revolutionaries had taken over Cuba and the old order was gone.

For Maduro, baseball seemed impervious to politics, since the game was akin to religion on the island and even Castro himself was an avid fan. On April 23, 1959, the business executive held a 3½ hour meeting with “El Jefe”, after which he stated:

“A plan has been evolved whereby Havana will be able to not only maintain its International League franchise, but also will proceed with plans for possible participation in major league baseball if a third league comes into being.”

However, in a sign of things to come, chaos reigned just a few days later at a late-night game between the Sugar Kings and their American visitors, the Rochester Red Wings. At midnight, celebratory gunfire rang out in the stadium marking Castro’s 6-year anniversary of the April 26, 1953 insurrection.

Nevertheless, with Castro and his inner circle in attendance at the 1959 Junior World Series, it was evident that baseball had a place in Cuba’s new society. The revolutionary leader had even contributed $70,000 to support the franchise and pledged radio broadcast rights.

But relations with the U.S. became increasingly strained as the Cuban government moved to nationalize private industry and foreign investments. Sensing hostility, some American players refused to travel to Cuba, while others returned early from their winter league games.

Maduro’s dreams were shattered. He continued arguing that baseball was the link that connected Cubans and Americans, but his voice and influence were overtaken by international events, including his own declining fortunes.

The Sugar Kings ended up moving to Jersey City, New Jersey before folding at the end of the 1961 season. Looking back, it’s not certain that Cuba would have gained an MLB franchise if it weren’t for the revolution, but it surely would not have been for the lack of vision and passion of its greatest champion.

Clinging to the end, Maduro left Cuba for good on April 15, 1961, just 2 days before the Bay of Pigs invasion.

Other Articles Enjoyed:  MLB is Rattled by a 3rd League,  The NY Yankees, From $10 Mil to $5 Bil, Greatest Baseball Fan to Occupy the White House