FlashFiction: A coach's past comes back to haunt him

Coach Jeff Massey stood frozen in his office, aghast at the gruesome sight that lay in front of him. Spread on top of his desk was the corpse of a headless turkey with its feathers soaked in blood.

FlashFiction: A coach's past comes back to haunt him 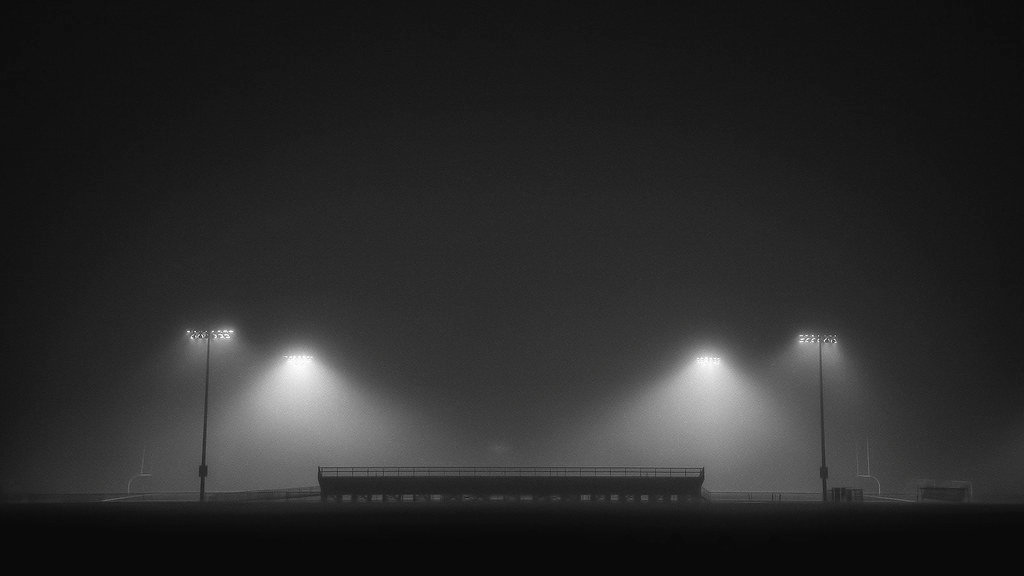 Coach Jeff Massey stood frozen in his office, aghast at the gruesome sight that lay in front of him. Spread on top of his desk was the corpse of a headless turkey with its feathers soaked in blood.

The red fluid was still oozing, seeping into a pile of papers and dripping on the floor in thick globs. In finger-painted script, an ominous message read: “COMING FOR YOU!”

Outside, the school grounds were abuzz with parents and alumni who converged on the annual Turkey Bowl, the year’s most exciting athletic event between rival high schools, Stonington Prep and Greenfield Academy.

“Any idea who might have done this?”, asked Bill Henson, inspecting the grizzly scene from all angles.

“It could simply be a terrible prank but until we find out, I suggest we keep it between the two us”, said the school principal.

THE DIVE- a high school soccer player falls in with hoodlums

In his 32 years of coaching and running the athletics department, Jeff never encountered anything close to what he just witnessed in his office. Adding to the disturbing mystery, it was his final year at Stonington and he was set to retire in the spring with ceremonial fanfare.

“Great game!”, said one of the parents as she crossed paths with Jeff on the field. “We always entertain, that’s for sure”, he replied with a smile that belied his agitated state.

Stonington won the football game 24-21, defeating Greenfield in a dramatic last-minute field goal. Everyone saw it as a fitting tribute to their long-serving Athletic Director who launched the Turkey Bowl 25 years earlier.

Jeff was a well-respected athletics administrator. Over the course of his career, his connections at various colleges helped the school’s gifted athletes land scholarships and even a few cheerleading spots.

The sun was setting by the time Jeff finished cleaning and wiping down his office. The jubilant crowds were long-gone and Thanksgiving dinner was waiting for him at home.

Carrying the turkey corpse in a black plastic bag, he walked towards his Ford Bronco, the only vehicle remaining in the parking lot. Approaching the car, he stopped abruptly and fixed his eyes on the windshield.

The letters were bigger, but the bloody handwriting was the same and the message was equally cryptic and frightful: “NOVEMBER 25, 1992”.

Still holding the bloody sac in his hand, he whipped his body around, scanning the surroundings in search of anyone in the area. There was nobody. Inside the Bronco, he switched on the wipers and watched the soap and blood mix in a bubbly purple before it washed away.

Consumed by the day’s horror, Jeff realized it wasn’t a gag. Somebody from his past was onto him. His mind raced with the sinister possibilities. Resentful coaches? Sure, there were a few over the years. Irate students? Plenty, including some who were expelled under his recommendation.

Even Bill Henson came up from the depths of his fears. The two kept a professional relationship, but they were never close. Why did Bill insist on keeping the episode a secret and not call the police?

Jeff struggled to maintain a cheerful mood at home, which was packed with visiting family and friends. They raised drinks, exchanged stories, and shared laughs. But the evening passed him as if he was never there.

“Did you hear that Mary made the cheerleading team?”, remarked Jeff’s wife after the guests left.

“That’s terri…fic.” His response caught him in a seizure and panic started coursing through his body.

“Honey, I just remembered that I left something in the office. I’ll be right back.”

The school was only 10 minutes away and Lynn, though puzzled by her husband's sudden impulse, didn’t bother pushing back.

“It can’t be”, he kept repeating to himself in the Bronco.

In the office, Jeff grabbed a dusty folder from the top shelf and frantically leafed through the pages. He spotted a familiar name from the list of cheerleaders who graduated in 1993. Sinking into his chair, he covered his face with his hands and then pulled on his hair until pain set in.

“Anything on that turkey mess?”, asked Bill the following Monday in school.

“Maybe we should have notified the police?”

“No need to alarm…I’m sure it was just a lousy senior prank.”

“Ok, but if there’s anything like that again then I’m reporting it.”

Jeff was secretive about the true nature of his calls when he started reaching out with the year-end holiday greetings. He made sure that when he brought up Lisa Sadusky, it was a casual and innocent inquiry into one of his former athletes.

“From what I hear, her life took a bad turn”, said the Athletic Director at Reese State College where Lisa was a member of the cheerleading squad. Other conversations revealed a woman who became mentally-disturbed, was in and out of insitutions, and had run-ins with the law.

For a few brief moments, Jeff’s anger morphed into pity for Lisa and disgust for himself. His memory flashed back to that foggy Thanksgiving Day in 1992 when she drew him towards her for their first kiss.

But it didn’t take long before Jeff’s instinct for self-preservation reasserted itself. Haunted by an illicit affair he had as a junior coach with a high school student, he was now weighing his case against hers.

In terms of  credibility, Lisa’s troubled life and criminal history was no match for his stellar reputation. But photos were irrefutable. She was supposed to destroy them after he got her into Reese on those marginal grades.

“Could she still have those photos?” The question gnawed at him day and night.

The dreaded call that Jeff expected came after Christmas.

“I want money. I still have the old photos.” Her chilling words on the phone stiffened Jeff and left him without a choice.

The next day, he was in his Bronco heading to a park outside town. Inhaling deeper and longer breaths than usual, he wondered how to make a body disappear without a trace.

IF YOU ENJOY OUR CONTENT, PLEASE CONSIDER A VOLUNTARY DONATION TO SUPPORT OUR WRITING AND JOURNALISTIC EFFORTS.