Putting the Swing Back in Jai-Alai

The world’s fastest ball game is getting a makeover 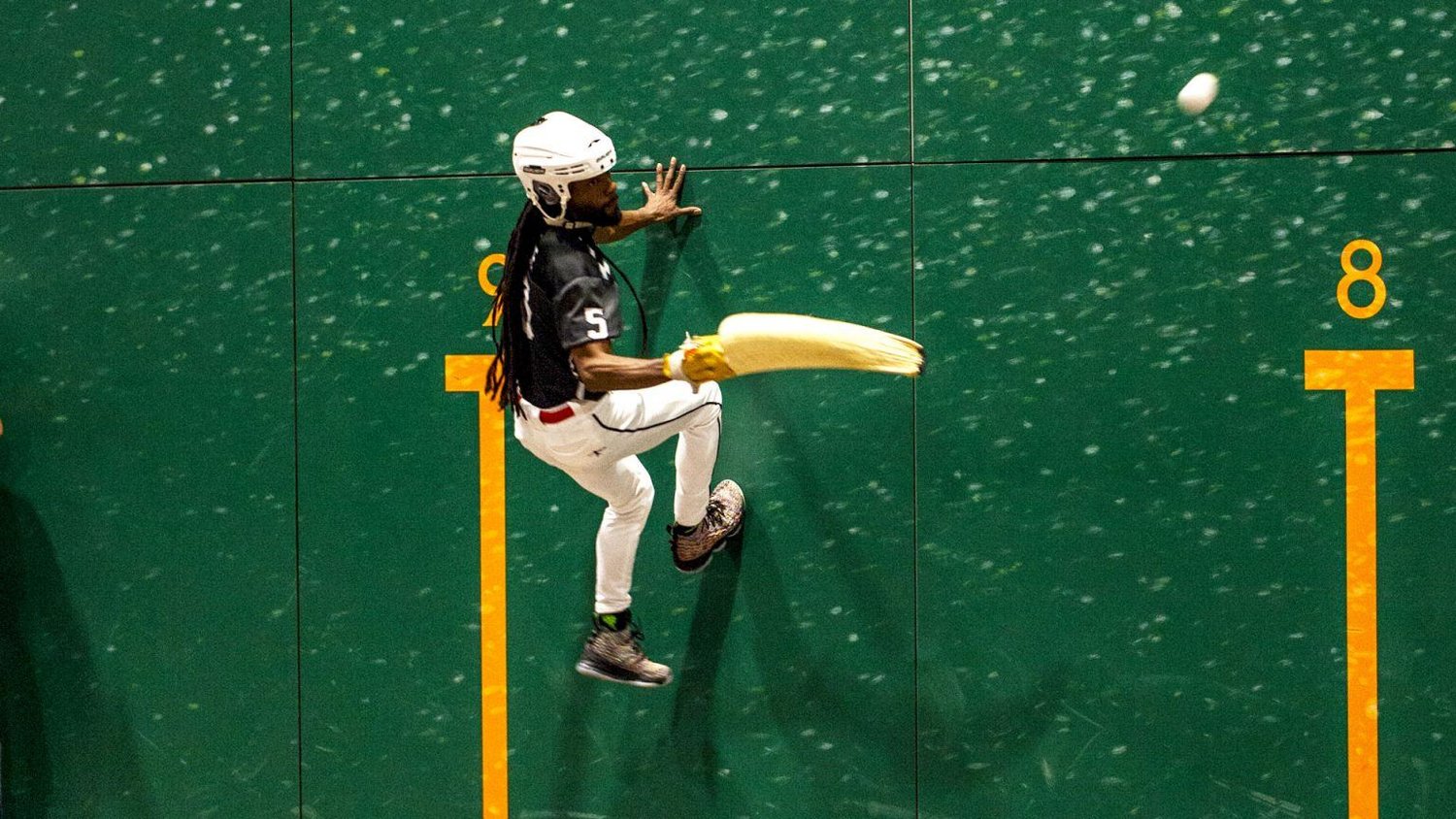 A jai-alai player scales the wall at Miami's Magic City, the last professional fronton left in the U.S. The sport is getting a business model makeover for a new generation of fans.
Posted Sunday, October 30, 2022 8:00 am

“We are the last professional fronton left in the United States,” says Scott Savin, chief operating officer of Magic City Casino, a gambling and entertainment complex in Miami, Florida.

After Dania Beach Casino closed its doors to jai-alai in 2021, Magic City became the last venue tasked with keeping the sport from sliding into oblivion. But management is determined to do more than just keep the flame lit. They're aiming to reignite the fire.

On Friday nights, Magic City sees roughly 200 spectators wagering on the world’s fastest ball game, hardly the foundation for growing a professional sport. However, Savin is capitalizing on other dynamics.

In just their first season of streaming, Magic City’s jai-alai matches are reaching an on-line audience of 75,000 to 100,000 viewers, all of whom are being educated on a super-charged sport that thrives on betting.

Currently, the World Jai-Alai League (WJAL) consists of 4 teams with 6 players on each squad. Players sign for 1-year contracts, which are renewed annually with a fresh draft.

Two of the teams are structured under a media barter deal in which the league benefits from streaming platforms. The other two are owned by investors who paid $100,000 each for a chance to win a piece of the $575,000 bonus pool.

The WJAL is still not profitable, though betting volumes and content distribution rights are pointing in the right direction. The league’s on-line channels are now global and include ESPN3 and La Liga Sports in Spain.

“We can unequivocally say that we have the best jai-alai players in the world playing for us here in Miami,” says Savin. His goal is to expand the number of teams to 15 and extend the season from 9 to 13 weeks.

Chris Bueno, one of Magic City’s players and a 2nd generation jai-alai professional, echoes Savin’s opinion that Miami has the most competitive roster in the world.

The current crop of players is comprised of accomplished athletes who excelled in a variety of sports beyond jai-alai. One of the stars is Tenard Davis, a former member of the Indianapolis Colts' Super Bowl XLI squad.

Jai-alai is played on a 3-sided court with ‘pelotas’ that are smaller than a baseball and harder than a golf ball. Using a cesta, or a handwoven wicker basket, players whip the pelota against the wall at speeds reaching 180 mph. Points are scored when a catch is missed, or when a ball is sent out of bounce.

“Anticipation is a huge part of the game,” says Bueno. Quick reflexes and power are key to the sport, which incorporates hyper-elements of tennis and racquetball.

Jai-alai originated centuries ago in Europe’s Basque region, a mountainous area that straddles Spain and France; in the Basque tongue, jai-alai translates to ‘merry festival’. The cestas are still handmade in Europe and cost around $500.

In America, jai-alai debuted at the 1904 World’s Fair in St. Louis, Missouri. It expanded to the eastern seaboard in places such as Rhode Island and Connecticut, but found a natural home as a winter sport in south Florida.

Hollywood celebrities such as Bob Hope, Jackie Gleason and others flocked on weekend nights to watch and wager on the fast-paced game, adding glamour and prestige to the sport.

Joey Cornblit recalls the heydays when he played in front of thousands of screaming fans. “The Miami fronton was known as the Yankee Stadium of jai-alai,” he notes.

A legendary figure in the sport, “Joey” was just 15 years old when he led the American jai-alai team to a bronze medal at the 1970 World Amateur Championships in France. He turned pro the following year and became a fixture in the Florida jai-alai scene.

“I was making more money than my teachers in high-school,” he laughs.

Some credit Joey for revolutionizing jai-alai by practicing a smarter and more exciting game. Instead of following the traditional Basque style of back-and-forth volleys, he sought out kills to end matches quickly.

“I had a variety of kill shots and my philosophy was to be very aggressive.”

Joey was fortunate to put in most of his career before the sport crashed. Starting 1988, Jai-alai slipped into a downward spiral from which it never recovered, falling victim to a players’ strike, Indian casinos, and the Florida lottery.

More recently, the state’s casino requirements to hold parimutuel betting- ie: horse, dog, jai ali- in order to be licensed for slots, was dropped. Another nail in the coffin, it spelled the death knell for jai-alai at Dania Beach after a 70-year run.

Lasting more than 3 years, the strike of the late 1980s was professional sports’ longest on record and it cannibalized the game. By the time it settled, players who came back were making 20-30% less than before and most of the original fans had already moved on.

Savin is mindful of that dark period and is quick to point out that players and management at the WJAL have been in lockstep on the sport’s business model and its future direction.

One of the changes they implemented was bringing the game closer to a recognizable tennis format-2 serves, 6 points, best of 3 sets- and simplifying the betting methods for a younger demographic. The length of the court was also shrunk to speed up games.

Joey applauds Savin’s astute marketing efforts, commenting “I would wish nothing more than to have this sport come back around.”

He notes that players today are making more money than they were during his day when frontons were packed. Still, he harbors no illusions about jai-alai returning to the grandeur of its golden era.

From a player’s perspective, Bueno reveals the challenges of promoting a game that has no physical infrastructure around the country. For teenagers interested in jai-alai, even the rackets are inaccessible, if unaffordable.

“You can’t walk into a Dick’s sporting goods store and buy a cesta,” he says.

Despite the hurdles, Savin remains focused on the sport’s worldwide streaming potential and the on-line gambling opportunities. Both revenue streams are expected to lead to higher team valuations, which in turn will help expand the league.