The NFL’s Most Versatile Defenseman

Karl Mecklenburg, confounding the offense by playing all defensive positions 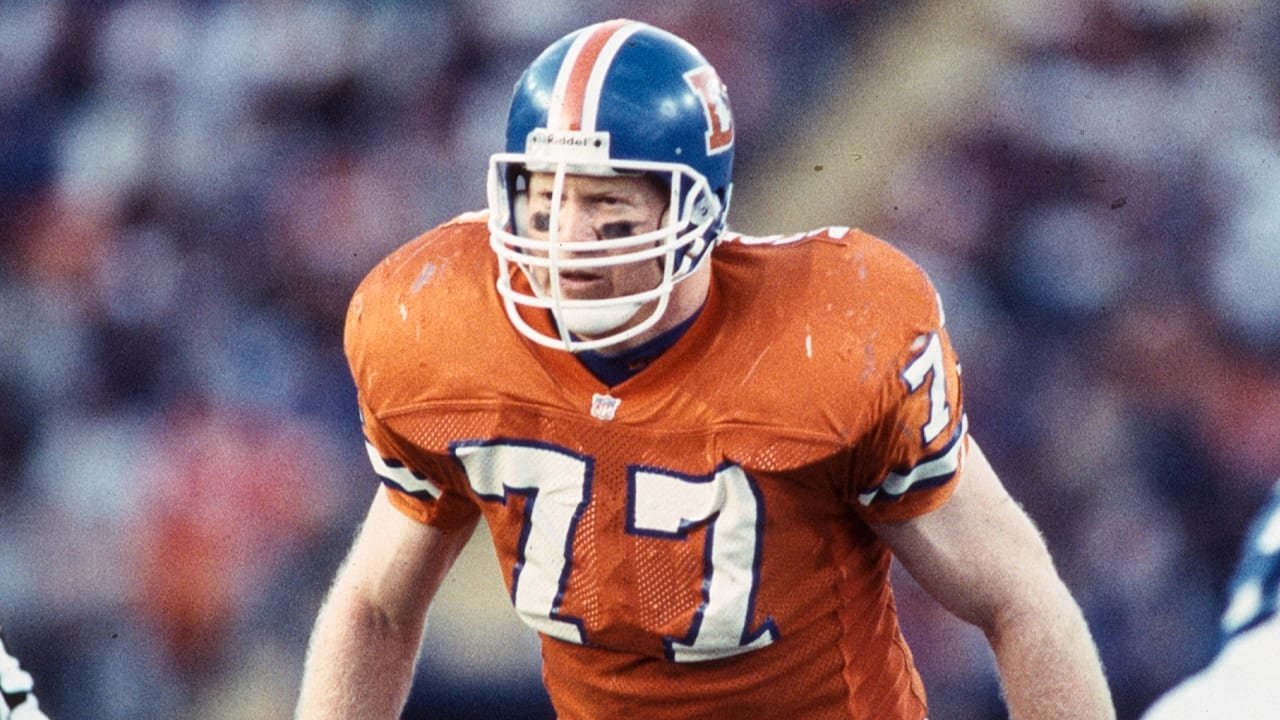 “I love public speaking. I get to perform and I never get hurt,” says Karl Mecklenburg with a touch of humor that he typically reserves for his popular motivational talks.

It’s 17 years since the former Broncos linebacker took up public speaking as his second act in life. Drawing on his experience as an accomplished NFL veteran, he expounds on the importance of people and leadership as the tools for organizational success.

His schedule takes him around the country to some 40 events a year where he delivers keynote speeches on teamwork, courage, dedication, desire, honesty & forgiveness, and goal setting.

In 2009, he published ‘Heart of a Student Athlete: All-Pro Advice for Competitors and Their Families’. He is currently working on updating the book with a second edition.

BUY- 'Heart of a Student Athlete' by Karl Mecklenburg'

As a young athlete, he wasn’t destined for the pros. He was a walk-on in both college and the NFL, but his dedication on the field and innate understanding of the game put those early doubts to rest.

Growing up in Seattle, Washington, Mecklenburg was an All-State tight end in high school at just 6 ft and 200 lbs. He gained 3 inches and 40 lbs. his first 2 years at Augustana University before transferring to the University of Minnesota.

With the Golden Gophers, he was surrounded by future NFL coaching luminaries. “Tony Dungy was graduate assistant, Mike Shanahan was offensive coordinator, and Mike Martz was in the film room,” he recalls in conversation with Sports History Weekly.

Though Minnesota were perennial straphangers in the Big 10, he tied Iowa’s Andre Tippett for the lead in sacks before the latter made his way to the New England Patriots.

The support structure at Minnesota helped set his goals for the NFL. “Karl, if you can rush the passer then they’ll find a place for you in the NFL,” he remembers defensive coach and former Oakland Raider, Mike Wynn, telling him.

Mecklenburg joined the Broncos the same year John Elway came on board as the NFL’s 1st pick of the 1st round. While the young quarterback was showered with media attention, the draftee from Minnesota arrived in total obscurity.

There were no guaranties he would stay on the team but in his first preseason game, in a match against Seattle, he proved he could face the league’s starters.

Sent to the field as a defensive end in the 3rd quarter, he managed 2 sacks and a forced fumble, and was later named ‘Defensive Player of the Game’ (Elway was named OP).

Mecklenburg went on to post 79 sacks with the Broncos, the 3rd highest in franchise history. He retired with 1,118 tackles, 16 forced fumbles, and 14 fumble recoveries. In 2001, he was inducted into the Denver Broncos Ring of Fame.

His biggest tackle came early in his career in 1984 when he knocked down future Hall of Fame running back, Marcus Allen. It was during one of the fierce rivalry games with the LA Raiders and Mecklenburg’s devastating blow signaled his place in the Broncos organization to both fans and coaches.

But more than anything, it was his versatility on the gridiron that made him a defensive standout. Playing the line his first two years, he moved to a linebacker after Randy Gradishar retired and vacated a spot.

The expectations were high, since Gradishar was the centerpiece of the Broncos’ feared “Orange Crush Defense” that were dominant in the late 1970s and early 1980s.

Mecklenburg didn’t disappoint and showed that he could survey the field and call defensive plays. The fortuitous transition earned him his first trip to the Pro-Bowl (1985).

He ended up playing all 7 positions in the 3-4 formation, and sometimes even in the same game. “One of the ways you decide on what you’re going to do as an offence is you look at what the defense has on the field,” he explains.

The sweeping single-man rotation was never done before in the pros and Denver’s defensive coaches, Joe Collier and Meryl Moore, exploited his fluidity. The strategy was effective in minimizing substitutions and breaking down opponents’ blocking schemes.

His most memorable games were the 3 AFC championships that his team clinched, all against the Cleveland Browns. Joking about the bitter legacy he left in Cleveland, he remarks “As a professional speaker I finally got a chance to speak in Ohio, but it took 15 years.”

Still, the Broncos lost the 3 follow-up Super Bowls during those years, succumbing to the Giants (SB XXI), the Redskins (XXII), and the 49ers (XXIV).

On the field, Mecklenburg found the “little rabbits” such as Barry Sanders (Detroit Lions) and Ronnie Harmon (San Diego Charges) his most troublesome running backs. Among the big men, he remembers John ‘Hog’ Hannah (NE Patriots) as the toughest guard to break because of his combined power and quickness.

Mecklenburg’s dozen years in professional football left him with more than his fair share of injuries. He went through 18 football-related surgeries, of which 10 were on his knees.

“I played with torn cartilage in both knees and I played with my heart knocked out of rhythm.” On one impact, he spent 4 days in the hospital restoring the proper beat to his heart before returning to the field.

But it was the concussions and their life-long lingering issues that he says he never expected when he decided to pursue the game professionally.

“I knew I was going to have a limp when I’m done, but what I didn’t know was that I would have brain damage challenges to deal with.” In 2013, Mecklenburg was party to a class action lawsuit that forced the NFL to address traumatic brain injury properly.

The NFL’s and the teams’ policy on concussions back then was essentially a non-policy. After a head injury was sustained on the field, “the protocol was, how many fingers [do you see]?”

At 62, Mecklenburg continues to be treated for his traumatic brain injuries, but his schedule for talking engagements and natural enthusiasm for public speaking hasn't diminished.

He resides in Colorado with his family and is also active in charities, especially Colorado Youth Outdoors, an organization that seeks to build relationships through traditional outdoor recreation.