Tie-dyes and the birth of a new nation 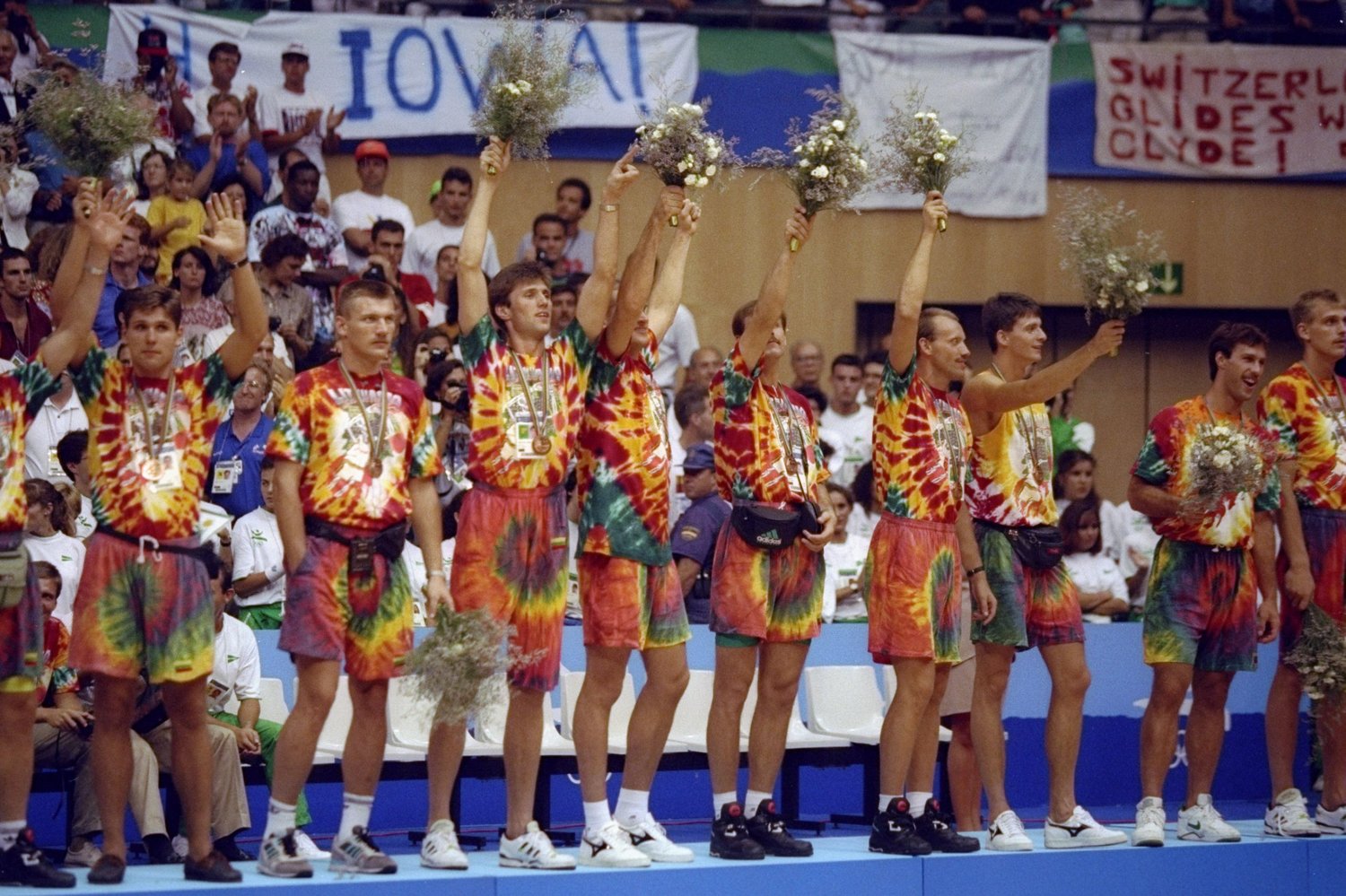 In 1992, the iconic Grateful Dead music band helped sponsor Lithuania’s national basketball team, a talented but financially-strapped squad that went on to win bronze at the Barcelona Olympics. Their story was a magical tale of tie-dyes, basketball glory, and the birth of a new nation.

That year, few expected Michael Jordan, Magic Johnson, Larry Bird and the rest of the NBA “Dream Team” not to win gold. But even fewer predicted that a newly-freed nation out of the old Soviet bloc would rise to become a medal contender.

Lithuania had enjoyed a proud and accomplished basketball tradition. The Baltic state won the European Basketball Championship twice, in 1937 and 1939. Frank Lubin, "grandfather of Lithuanian basketball", played for UCLA and then led the old country to their European title just months before the outbreak of WWII.

Towards the end of the war, Russian tanks rolled into Lithuania and the tiny nation of 3 million was absorbed into the USSR. Basketball didn’t lose its luster as the most popular sport, but Lithuanians were now playing for Soviet greatness, not for their own.

They became members of Moscow’s bronze, silver, and gold medal winning teams at every Summer Olympics between 1952 and 1988 (except '84). At the 1988 Games in Seoul, the Soviet Union defeated the U.S. 82-76 in the semi-finals before moving on to top Yugoslavia for the gold.

Four of the five starting players in the Soviet lineup were Lithuanian and what’s more, they all came from the same city of Kaunas.

Do you shop on Amazon? Support us at SPORTS HISTORY WEEKLY and click here for ANY of your Amazon products

Two years earlier, the Atlanta Hawks and the Portland Trail Blazers tried to draft Arydas Sabonis, the 7’3” Lithuanian center who would take down the Americans in Seoul. But officials behind the iron curtain refused to let him go.

Independent but broke, Lithuania emerged from the fallen heap of the communist empire with no money to support a national basketball team. The 1992 Olympics in Barcelona were looming and players were desperate to make the trip.

It was then that Marciulionis and Warriors’ assistant coach, Donnie Nelson, went on a grass-roots fund raiser in the Bay area. The two had become friends in Lithuania when Nelson spent time there scouting and running clinics. Nelson was the one who delivered Marciulionis for a 3-year contract with Golden State.

Managing just nickels and dimes, they caught a break when local sports writer, George Shirk, wrote a piece about their plight in the San Francisco Chronicle. The article caught the eye of the Grateful Dead’s public relations manager, Dennis McNally, who showed it to the band members.

Lead musicians Jerry Garcia, Bob Weir and the others took immediate sympathy for the cause. The Dead were about celebrating freedom and the story behind Lithuania’s struggles won them over.

Do you shop on Amazon? Support us at SPORTS HISTORY WEEKLY  and click here for ANY of your Amazon products

The band not only cut a large check, but had their designer send a box of tie-dyed T-shirts in red, yellow and green- Lithuania’s national colors. On the shirts was an image of a skeleton dunking a basketball.

In Barcelona, emotions ran high for the Lithuanians who were playing for their flag for the first time in over 50 years. They reached the quarter-finals and defeated Brazil 114-96, but lost 127-76 in the semi-finals to the Americans.

But the real fight for national pride and historic dignity came when they squared off for 3rd place against their former Russian overlords. Old comrades went up against old comrades and in the end, the Baltic nation prevailed 82-78.

In an historic sports moment, the Lithuanian darlings accepted their bronze medals wearing the Grateful Dead tie-dyes. The shirts became the hottest must have souvenirs at the Barcelona Games.

Lithuania went on to capture bronze once more in Atlanta in 1996 and then again in Sydney in 2000. Sabonis put in 7 seasons with the NBA and was inducted into the Hall of Fame in 2011. Marciulionis followed in 2014.

In one of sports’ most stirring anecdotes, Lithuania's trip to basketball glory would not have happened without the unlikely help of an American rock & roll music group.