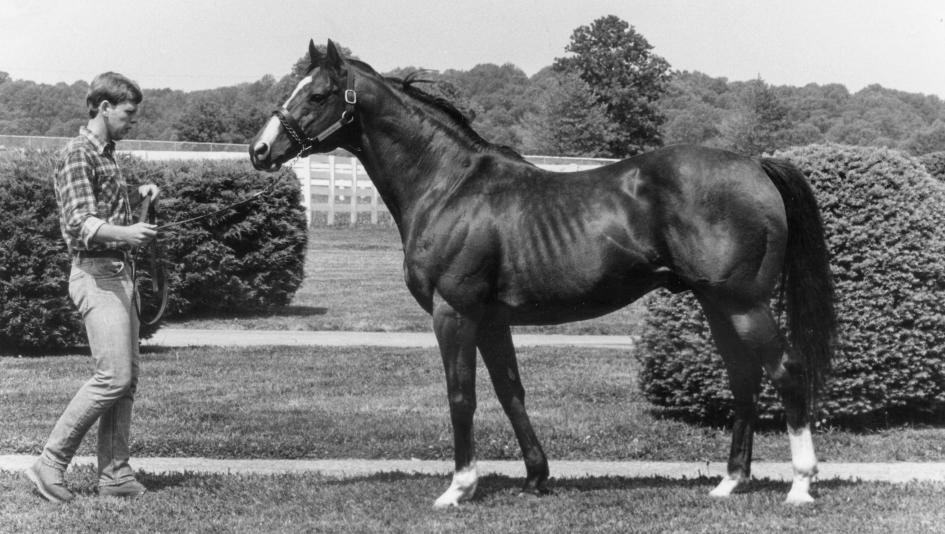 Northern Dancer, winner of the 1964 Kentucky Derby and Preakness Stakes and the greatest sire of the 20th century.
Posted Sunday, May 8, 2022 8:00 am

Sixty years ago, Northern Dancer was passed over at an annual yearling sale for his short and bulky stature. Unbeknownst to all, the hapless horse would end up claiming the 1964 Kentucky Derby, the Preakness Stakes, and then spawn the most successful dynasty of the 20th century.

By the time he died in 1990, the greatest granddaddy of thoroughbred racing had produced over 400 winners, including 150 stakes champions. Ten years later, at the close of the millennium, his descendants would leave their indelible stamps on every continent.

In Europe, Dancer's son, Nijinsky II, won the English Triple Crown in 1970. One of Queen Elizabeth’s favorites, Nijinsky II was the first horse to achieve that feat since 1935 and as of 2022, the last one as well.

Dancer was foaled in 1961 on Windfields Farm in Ontario, Canada, His sire, Nearctic, enjoyed an illustrious racing career and was voted Canadian Horse of the Year in 1958. His dam, Natalma, won 2 of her 5 starts but her racing career was cut short with injuries. She became a prolific breeder and was inducted into Canada’s Horse Racing Hall of Fame.

Short-legged and muscular across the chest, Dancer was not cast of the typical pedigree mold. But his tough, feisty demeanor won the races and later on, the ladies.

“He was a real disappointment to us as a yearling,” said racing manager, Joe Thomas, in a Maclean’s article (May 16, 1964). “He was so short and so damned chunky-and he had cracked heels.”

At the farm’s yearling sale, the unheralded Dancer was paraded with a $25,000 price tag but buyers found him too stocky. He was turned over to Windfields’ racing trainers who deemed the colt strong but “unspectacular”.

That assessment kicked back in their faces when Northern Dancer won 5 of his 7 Canadian starts and placed 2nd in his only 2 defeats. At the Coronation Futurity, the richest run for 2-year-olds north of the border, he cleared the finish line by 6¼ lengths.

Alydar- The Mysterious Death of a Champion Stallion

In the U.S, Dancer’s handlers took a calculated risk by running their Canadian sprinter with a cracked hoof in the Grade II Remsen Stakes. He took the 1-mile distance in a record time of 1:35:60.

The next chase was Florida’s lucrative Flamingo Stakes, but this time Dancer’s owners didn’t take a chance. They shelled out a thousand dollars to fly in a blacksmith from California to perform a patented procedure on the damaged hoof.

With jockey Bill Shoemaker aboard, Northern Dancer won the $100,000+ Flamingo Stakes to become the first Canadian-bred horse to gallop victoriously in Hialeah. He followed up with triumphs at the Florida Derby and Bluegrass Stakes before setting himself for the Kentucky Derby.

At Churchill Downs, Dancer was the smallest and youngest in a field of 13 thoroughbreds vying in the ‘Run for the Roses’. Shoemaker turned down Dancer’s saddle for a seat on Hill Rise, the race favorite who was also 6 inches taller. It was a mistake.

Ridden by Bill Hartack, the four-legged Canadian beast broke the 89-year-old track record, completing the 10-furlong oval in a flat 2:00 minutes. Placing 2nd  by a neck were Shoemaker with Hill Rise.

Future Pulitzer-Prize sports columnist Jim Murray wrote in the Los Angeles Times: “He probably takes a hundred more strides than anyone else in the race, but he’s harder to pass up than a third martini.”

The Ladies of the Triple Crown

Northern Dancer became Canada’s national hero, with the mayor of Toronto awarding him the key to the city in the form of a carrot, and sportswriters voting him Athlete of The Year.

Two weeks later, with Hartack as pilot again, the celebrated colt swept the Preakness Stakes, once more outpacing Shoemaker and Hill Rise who came in 3rd. But the Triple Crown wasn’t to be when the 15-hand bay fell short at Belmont.

The following year, the horse champ became the first non-human to be enshrined in Canada's Sports Hall of Fame. The explanation  behind his story reads: "...Northern Dancer was as deserving of this honor as any homo sapien."

Dancer emerged from his running career with 14 wins of 18 starts and never finished out of the money. For his Canadian owner, E.P. Taylor, he strutted off with more than $580,000 in prize earnings.

But the best was yet to come.

Sent to the breeding shed for the next stage of his life, Dancer’s amorous instincts settled into permanent hyper-alert. In the barn, he was even moved to the back since each time a van approached with a mare he would rear up and squeal in excitement.

Because of his low height, the Napoleon of horses was also served with a ramp that was placed behind the taller females whenever he performed his mating ritual.

Dancer first stood in 1965 for a fee of $10,000. His initial crop produced 21 foals, of which 10 became stakes winners. His second crop led to only 4 race champions, but they included his prodigy, Nijinsky II.

Following Nijinsky’s historic performance in Great Britain, Northern Dancer was syndicated for $2.4 million to a group of prominent investors that included among others, members of the Mellon, Vanderbilt, and du Pont families.

It was the heady days of the 1980s and pedigree bloodstock was in high demand. In 1986, Dancer’s fees reached $1 million at an auction, more than four times that of his closest rivals.

By the time the grand old horse pensioned in 1987, his accumulated lifetime stud fees amounted to $118 million.

The sire of sires was euthanized in 1990, but not before accomplishing everything a horse, or even a human, could want: money, love, and generations of successful off-springs.