An Insider’s View of the Oakland A’s 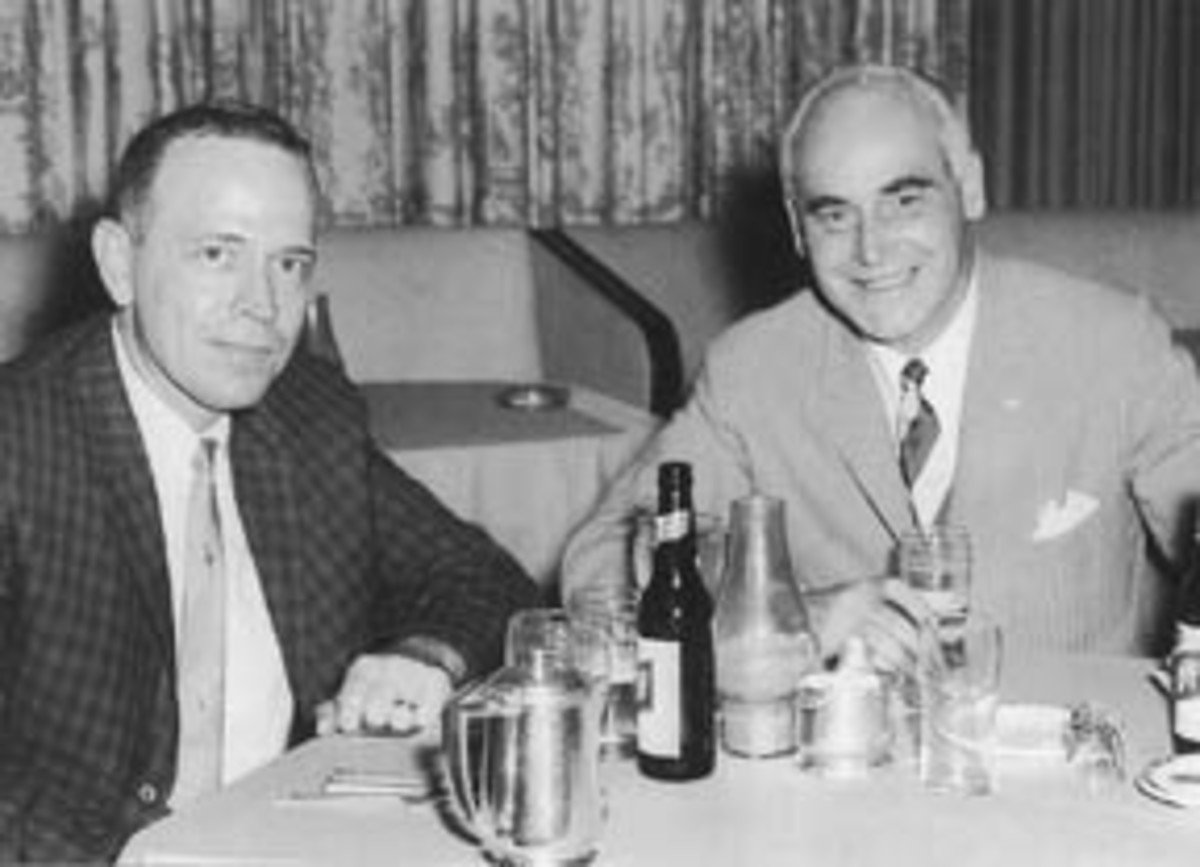 Charles Finley (right) and his cousin, Carl Finley, in an undated photo. With Charlie's forceful personality and Carl's steady hand, they built the A's into a powerhouse baseball dynasty.
Posted Sunday, March 20, 2022 8:00 am

“Controversy, chaos, and change” is how Nancy Finley remembers the Oakland A’s under the ownership of her flamboyant uncle, Charles Finley. She was a teenager at the time, growing up inside Major League Baseball’s most dynamic franchise.

“It was the only life I knew,” recalls Nancy in conversation with Sports History Weekly. As an only child without a mother at home, she spent much of her San Francisco youth attending games and assisting in the A’s promotions and ticket distributions.

This year marks the 50th anniversary since the A’s began their dynastic march towards three consecutive World Series titles- 1972, ‘73, ‘74. Dubbed the ‘Swinging A’s’, they delivered the Bay Area’s first national championship of any sport.

Carl Finley, who was Nancy’s father and Charlie’s cousin, ran the front office as the steady ship and “unseen hand” behind the tumultuous A’s organization. Unassuming and loyal to his cousin, he was the perfect complement to Charlie’s self-wielding, contentious personality.

According to Nancy, one of Carl’s most important contributions to the A’s was to push Charlie to sell his hockey (California Golden Seals) and basketball (Memphis Sounds) franchises, so they could both focus on baseball.

Nancy penned her stories in Finley Ball, a light and enjoyable book that places Charlie and Carl center stage at one of the most successful teams in baseball history. The book scores higher as a personal memoir than a research piece.

Despite Charlie’s extensive accomplishments, he was never endeared by the establishment. His 5 Divisions, 3 Fall Classics, and contributions to the DH rule and World Series night games were at times overshadowed by the public clashes, controversies, and lawsuits that followed him.

In her book, Nancy pushes back on some of those negative headlines, beginning with the bad blood that ensued between Charlie and Ernie Mehl who was the sports editor at the Kansas City Star, his decision to fire Mike Andrews after he committed 2 errors at the 1973 World Series, and his brush with baseball commissioner, Bowie Kuhn, whom he called “the village idiot”.

Raised in Indiana, Finley climbed out of his working-class roots to make his fortune in the insurance business. He had a passion for baseball and when he bought the Kansas City Athletics in 1960, he was intent on building the underperforming club into a world-class franchise.

But Finley was an outsider with unorthodox ideas that challenged the way the game was played and managed for decades. Early on, he replaced the A’s traditional white and gray knitwear with green, gold and white uniforms, employed stunts like a mechanical rabbit that popped out of the ground near home plate to deliver fresh balls to the umpire, and introduced a live mule named Charlie-O as the team mascot.

In 1964, he paid the Beatles $150,000 to perform at KC’s Municipal Stadium, an out-of-the-way venue on their U.S. tour. On the tickets, he added his signature with the tag line “Today’s Beatles fan is tomorrow’s baseball fan.”

Some of his other ideas like using an orange-colored baseball were ridiculed. After 7 woeful years in Kansas City, butting heads with city officials and the local press, Finley decamped for greener pastures.

In Oakland, his flair for showmanship continued with the “Hot Pants” and “Mustache” promotions. According to Nancy, Charlie offered his players a $300 bonus to grow a handlebar mustache, which eventually became the team’s trademark.

On August 8, 1975, a year after the A’s three-peat performance, Time magazine ran a cover image of Finley with the heading, ‘Baseball’s Super Showman”.

But beyond the gimmicks, the man at the helm of the A’s baseball team was a true visionary who against all expectations built a winning franchise. By the late 1960s, he had identified and developed a young roster of future Hall of Famers: Reggie Jackson, Rollie Fingers, and Catfish Hunter. Other young guns such as Vida Blue, Gene Tenace, Bert Campaneris, Sal Bando, and Joe Rudi would form an integral part of the World Series dynasty.

In Finley Ball, Nancy refers to them as “skinny wide-eyed kids with oodles of raw talent but little polish.”

1971 became the A’s breakout year. They wrapped up the season with a 101-60 record, clinching their first playoff berth since Connie Mack led the Philadelphia Athletics to the 1931 AL pennant.

That season, Vida Blue managed an ERA of 1.82 on 312 innings pitched, earning him the Cy Young and MVP Awards. Finley showed his own appreciation by gifting him with a blue Cadillac Eldorado in a pregame ceremony.

Despite the team’s unity on the field, there was no shortage of bickering among the owner, players, and managers. Much of it was about money, or Finley’s habitual interference in games. It was Finley being himself, the one-man regime.

But there’s no denying that behind the maverick was a genius ahead of his time. Nancy attributes it partially to synesthesia, a condition that blends the senses and allows individuals to judge situations in 3-D.

She speculates that her uncle, often sitting in Chicago where he still ran his insurance company, was able to visualize the diamond, the players, and the batting lineup by just listening to the radio announcement of the games.

“Then came those dreaded calls from Charlie!”, she writes, referring to his phone calls to the Oakland office. In the era before sabermetrics, it was intuition over logic and vision over statistics.

Finley’s fortunes started declining after the 1975 season when the A’s took the AL West crown again, only to drop three straight games to the Red Sox at the playoffs. Within two years, thanks to free agency, the bulk of his championship team was also dispersed: Jackson and Hunter lef for the Yankees, Fingers and Tenace for the Padres.

In 1981, after failed attempts to move the team to Denver, Finley sold the A’s to the Haas family for $12.7 million. He dropped out of the baseball scene and passed away in 1996. To date, despite his rich legacy, he hasn’t made it to the National Baseball Hall of Fame.

As a tidbit, if nostalgic A’s fans wonder what happened to their beloved mule mascot, Charlie-O, his cremated remains are with Nancy Finley in a bank vault.