‘Raging Bull’ is Begging for a Sequel 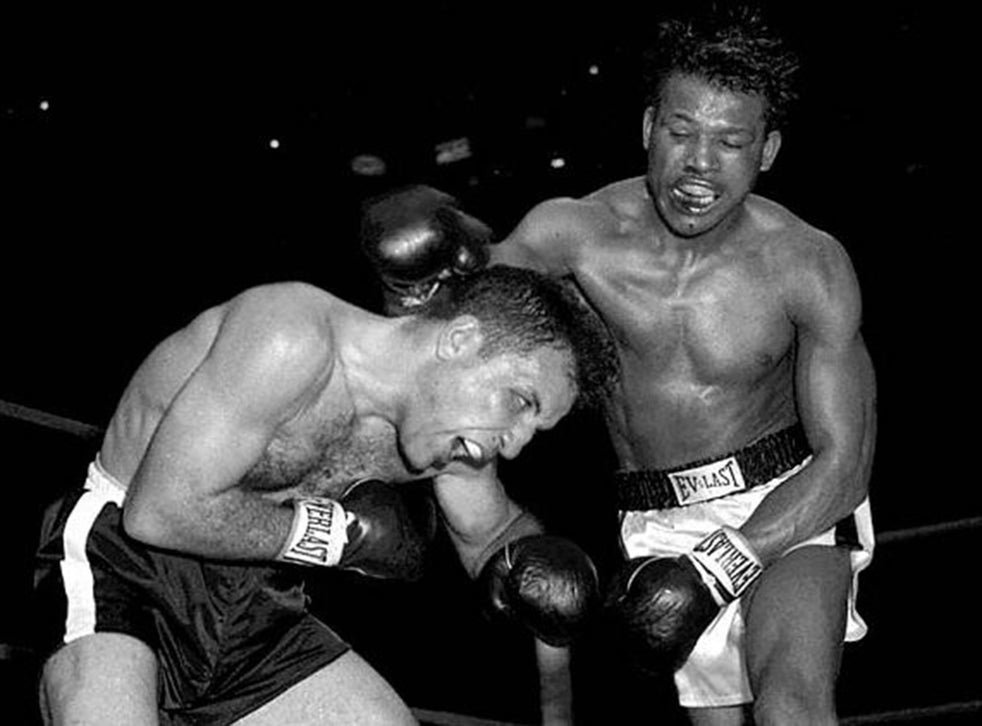 Jake LaMotta (left) and Sugar Ray Robinson in a slugfest for the world middleweight title on February 14, 1951. It was their 6th and final fight, which became known as the 'St. Valentine's Day Massacre'. Captured in Martin Scorsese's "Raging Bull", the film is ripe for a sequel.
Posted Sunday, April 3, 2022 8:00 am

In 1980, Martin Scorsese released “Raging Bull”, a Hollywood screen production that was nominated for 8 Academy Awards and was later inducted into the National Film Registry for historic preservation.

Dramatizing the tumultuous life of middleweight boxer Jake LaMotta, the movie scored big on the theme of rage, but it left some sports history fans wanting for more on LaMotta’s fighting relationship with his biggest rival, Sugar Ray Robinson.

In an era when boxing was one of the most followed sports in America, LaMotta and Robinson dominated the middleweight/welterweight divisions. The two champs fought 6 times between 1942 and 1951, including two bouts that were just 3 weeks apart. They were all close and while LaMotta handed Robinson his first career loss, the latter outboxed him in 5 of their 6 slugfests.

Scorsese does a masterful job in bringing out a self-destructive LaMotta, whose uncontrolled rage and jealous tirades lead to his undoing. Brilliantly portrayed by Robert DeNiro, the role was totally immersive and DeNiro came away with an Oscar for Best Actor. Meanwhile, the character of Sugar Ray, played by the unknown Johnny Barnes, was left to just a few blood-spattered violent scenes.

While their lives and fighting styles could not have been any different, there was an aura between these rough-hewn pugilists. Born just 1 year apart in 1922 and 1921, the Italian-American kid and his African-American foe turned pro around the same time. And like many New York fighters who picked up their trade in the city's rough neighborhoods, one came up in the Bronx and the other in Harlem.

Inside the ropes, their fighting tactics resembled a bull and a matador engaged in a savage battle for life and death. With his shoulders hunched and his instincts on high alert, the 5’8” LaMotta would stalk his opponent and look for an opening to unleash his merciless punches. In contrast, Robinson, his toned frame 3 inches taller and his reach 5 inches longer, was the graceful fighter who employed speed and precision from a distance.

The two rivals went up against each other for the first time in Madison Square Garden on October 2nd, 1942. LaMotta knocked down his opponent in the first round, but Robinson managed to get up and finish the job in the 10th. Over the course of their fisticuff history, Robinson landed on the canvas several times, but he never succeeded in flooring LaMotta.

Four months after their first fight, they met for a rematch in Detroit, Michigan. This time, in the 8th round, with a hard right to the body and a left to the head, the Bronx brawler sent his nemesis through the ropes and sprawling outside the ring. LaMotta won by unanimous decision and the indomitable Robinson suffered his first professional loss after going undefeated in 40 fights.

Shot in black and white, “Raging Bull” exposes boxing’s raw brutality in cinematic artistry as scenes of fights are set against dim lights and a smoky haze.

LaMotta earned his first middleweight title in 1949 taking out Frenchman Marcel Cerdan, but then lost it to Robinson in their 6th and final bout, which became known as the St. Valentine’s Day Massacre.

After taking a severe beating in that fight, the referee stopped the contest in the 13th round and Robinson was declared winner by a technical knockout. Still, one of boxing’s most powerful jaws survived the onslaught and LaMotta was left standing proud and defiant.

As One Boxing Era Ends, Another Begins- Rocky Marciano sends off his idol, Joe Louis

After their last exchange, Robinson continued boxing for another 15 years with some interruption, compiling a record of 173 wins and 19 losses (8 draws/no contests). The term ‘pound for pound’ was invented for him as one of the greatest fighters for all weight divisions.

For his part, LaMotta left the canvas in 1954 with a record of 83 wins and 19 losses (4 draws). Knocked down only once in his career, his legacy is measured more in courage and stamina than in wins.

Outside the ropes, the “Bull” and the “Matador” lived out their boxing personalities. Scorsese spends much of the film depicting LaMotta’s slow decline into paranoia and obsessive fury. His growing jealousy of his second wife spills into a scene where he assaults his brother, played by Joe Peschi, believing they had an affair. LaMotta ends up losing his wife and becomes estranged from his brother.

Sugar Ray, whose life is never explored in the film, was renowned for his classy and flamboyant lifestyle. Handsome and charismatic, he drove a pink Cadillac convertible and established himself as a star outside sports. Idolized for his larger-than-life persona, he pioneered the celebrity ‘entourage’, which included a barber, masseur, trainer, and a coterie of beautiful women.

Following his gloved career, LaMotta opened a bar in Miami and dabbled as a stand-up comedian. Heavier by some 50 pounds, which he put on for his role in the film, DeNiro is seen entertaining thin crowds in his smoke-filled night club.

Sugar Ray entertained as well, first as a restaurant owner in Harlem where he became a staple of New York’s social scene and later on as a singer and dancer.

Never a large moneymaker, “Raging Bull” was initially greeted with mixed reviews when it opened in theaters on December 19, 1980. However, it didn’t take long for critics to pick up on its historic and artistic significance.

Offering rich and sharp contrasts inside and outside the ring, it almost seems natural that the lives of LaMotta and Robinson were scripted for a Hollywood follow-up to "Raging Bull". A sequel to the film was attempted but after getting caught in legal wrangling, an officially authorized version is still in the waiting.

Before he died, Robinson made one of his last public appearances in 1986 as the best man at a wedding- it was Jake LaMotta’s! We can see it now as either the beginning, or the final scene of a sequel titled: “The Bull & The Matador”.