Democratizing memorabilia and beating the S&P 500 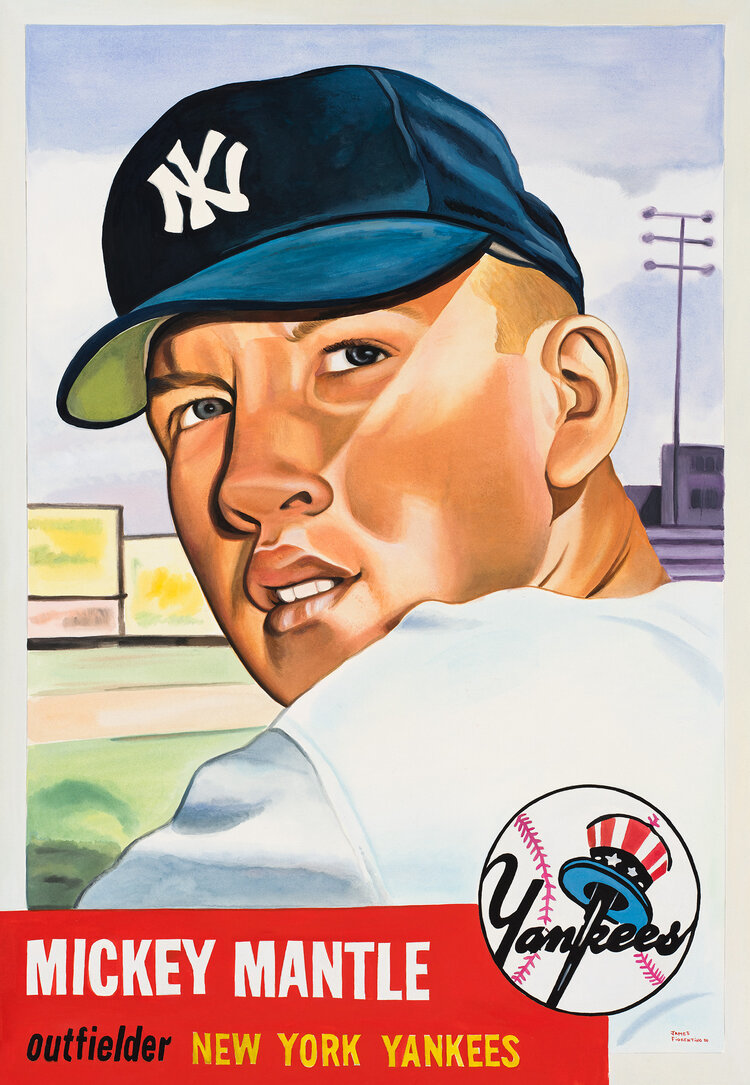 Artist James Fiorentino's rendering of a Mickey Mantle 1952 Topps trading card. His collection will be offered to the fractional investment market through Collectable's trading platform.
Posted Sunday, April 24, 2022 8:00 am

“People have started to look at these paintings as alternative investments,” says James Fiorentino. One of the leading sports artists in the country today, Fiorentino has partnered with Collectable, the first platform to offer fractional ownership in sports memorabilia.

Over the years, the renowned water-color artist has captured sports luminaries ranging from Mickey Mantle to Muhammad Ali. But with a price tag exceeding $25,000 for a 22x30-sized painting, his talents are out of reach for most sports fans.

By teaming up with Collectable, Fiorentino will be able to expand his artwork to a wider audience with lower entry points. The arrangement also represents Collectable’s first foray into the sports-art space.

Collectable was launched in September, 2020 as a means to provide iconic sports memorabilia to the fractional community. Since its inception, the company has engaged 70,000 users on its website and realized $50 million in volume transactions.

“There was a real opportunity to bring financial infrastructure and democratize the world of sports collectibles,” says Ezra Levine, CEO of Collectable.

In conversation with Sports History Weekly, Levine commented on the resilience of the sports relics market during difficult times. “We saw how collectibles performed after the dot.com bubble, after 9/11, after the financial crisis of 2008, and how they held up and exploded during Covid.”

The global market for sports memorabilia has skyrocketed to $24 billion, beating out the traditional stock and bond segments in year-over-year metrics. Since 2008, the PWCC 500, the leading index for trading cards, has outperformed the S&P 500 by more than three-fold.

21 of the 25 highest recorded sales took place in just the past 3 years. In 2019, the original Olympic Manifesto fetched $8.8 Mil in a Sotheby’s auction, the most of any sports artifact.

Written in 1892 by IOC founder, Pierre de Coubertain, the manifesto called for a revival of the original Greek Games, laying the foundation for the modern Olympics 4 years later.

Second and third on the list are a Honus Wagner baseball card, which changed hands for $6.6 Million in 2021, and a Stephen Curry basketball card from his rookie year, which went for $5.9 Million in 2021 as well.

One of the company's crowning achievements is a Babe Ruth 1914 sports card depicting The Babe as a minor league pitcher with the Baltimore Orioles before he was traded to the Boston Red Sox. The card sold privately for $5.2 Million and is currently valued at $10 Million on Collectable’s trading platform.

To date, Collectable claims a 60% average ROI (Return on Investment) on exited assets.

Since the ancient Greeks, art has always accompanied sport as a medium for capturing athletic glory. Images of sporting events and athletes were especially popular in the American art market during the 1920s and 1930s.

Between 1912 and 1948, the Olympics even incorporated art as a competitive event with gold, silver and bronze medals awarded to the winners. American sculptor Mahonri Young won gold at the 1932 Games in Los Angeles with his sculpture, The Knockdown.

But these contests were eventually scrapped, as artists were deemed professionals and some of their pieces even sold at tournaments, which violated the Olympic charter and spirit of the Games.

Fast forward 70 years, sport and art are once again converging in the money world.

With their in-house experts, Collectable curates assets, files with the SEC for an IPO, and then offers equity shares starting as low as $5. Investors can hold their position, trade on the platform’s secondary market, or exit in a full buyout.

Historically, cards have been the primary interest of sports hobbyists. Simple to understand and easy to store, their physical condition is also gradable and the manufacturer is almost always marked.

Firoentino’s collection of baseball card renderings, beginning with the Mickey Mantle card, are expected to comprise his first IPO with Collectable.

Joe Orlando has seen the market evolve over the past 2 decades. The former CEO of Collectors Universe recently joined Collectable as their President of Sports, overseeing educational content.

“The most impactful thing in the business has been access to information,” says Orlando. “Now, we have a much better understanding of what we are buying.”

Initially, traditionalists scoffed at limited editions since they had no stories to tell. But newcomers were keen on scarcity and clarity of information, especially when they opened up their wallets.

Another area that has changed is the buyer’s emotional connection to the artifact. Particularly since Covid, the personal or nostalgic component of owning a piece of sports history has been partially lost to the investment mindset.

According to Orlando, there was already increased participation in the collectibles market before Covid, “but the pandemic kicked it up.” As people stayed home for long stretches of time, they retreated to their hobbies but also found new outlets to spend their money.

More than ever, mainstream media was also reporting on the latest sales and purchases of sports-related relics.

As a nod to the industry’s continued growth prospects, in early 2022 retailer and merchandiser Fanatics bought Topps in a deal estimated around $500 Million. The move ended Topps’ 60-year dominance in the trading card business and heralded Fanatics’ entry into the collectibles arena.

Looking ahead, Orlando sees greater market potential in game-used items such as jerseys, helmets, and baseball bats. They offer a closer connection to the athlete that isn’t found in manufactured products such as cards.

“These are the objects that players wore, or used, to create history.”