Murder at the Christmas Marathon

Jeanie’s body was stretched out on the coroner’s table, her skin drained of color and her lifeless eyes fixed at the ceiling.

Murder at the Christmas Marathon 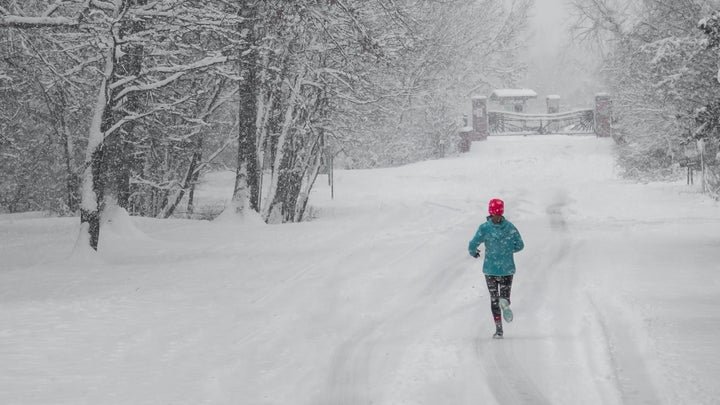 Jeanie’s body was stretched out on the coroner’s table, her skin drained of color and her lifeless eyes fixed at the ceiling.

“Killed at the prime of her life, such a tragedy,” said the forensics pathologist as he snapped the latex gloves over his hands.

“She was attacked in the park last night”, added the detective. “Presumably, out on a jog before tomorrow’s Christmas Marathon.”

The other two people in the room, the police Captain and a lawyer from the DA’s office, exchanged glances and seemed to share the same thought: a second murder in less than a week is sure to put their town on edge.

Just days earlier, Cynthia Hasting was assaulted in the park, raped and found dead in the bushes with her head battered. For Silver Lakes, a community far from any big city, the Hasting story became every woman’s fear and every family’s nightmare.

The papers were screaming different rumors every day and officials were besieged by phone calls from around the state. No arrests have been made and the mayor and the police department were under intense pressure to find the perpetrator.

For months, Silver Lakes was preparing for the Christmas Marathon, a sanctioned race on the international marathon tour. It was the first time the event was held at the picturesque village and hundreds of runners were already converging on the scene, filling hotels and restaurants and spending their tourist dollars.

Among them was the latest victim, Jeanie Chandler. A marathon champion renowned for her cold weather athleticism, Jeanie won two Christmas Marathons, one in Stockholm and one in Montreal. At her alma mater, the University of Minnesota, she was nicknamed the “Ice Runner”.

In Montreal, Jeanie broke the Christmas Marathon record, clearing the finish line in 2:25:05, minutes ahead of her arch rivals, Norwegian Hanna Oylandt and another American, Mary Langstom. The African athletes who exceled in warm weather marathons were never top contenders in low temperatures.

Jeanie’s last victory brought her to the attention of VTek, a start-up manufacturer of winter athletic gear. Turning down endorsement offers from older and more established brands such as BlueSky, Peak-Sport, and InsulWear, she signed up with VTek to promote their newest patented RX arctic wear.

Photos of Jeanie sporting VTek clothing were plastered on billboards across the country. Young and attractive, her wholesome charm and All-American appeal was directly responsible for the firm’s skyrocketing sales.

“Jack, I got the forensics on Jeanie Chandler,” said the coroner without a greeting on the phone.

“What did you find?”, replied the detective.

“Died of a brain hemorrhage resulting from a blunt instrument to the head. Her left kneecap smashed. Some dry blood under her fingernails, including an eyelash that got embedded.”

Jack’s 22 years of investigative experience quickly identified the critical clues. Jeanie was jumped by someone who was intent on injuring her leg. Fighting back, she clawed the person’s face but was bludgeoned in the head when the attacker escaped.

“We can’t blankly assume that,” came out Captain Pearson with his reaction to Jack’s assessment. “What if he meant to rape her and she overwhelmed him? It’s probably the same psychopath who killed Hasting. Both victims were in the park, jogging alone and in the dark.”

THE TURKEY BOWL OMEN- A coach's past returns to haunt him

Knowing that DNA evidence would soon land the culprit, Pearson was anxious to tie the two murders together and start producing results for an agitated public. But Jack was skeptical.

The news broke, sending shivers through Silver Lakes and stunning the visiting runners who were now hours away from the start of the race.

“Terrible tragedy…a gifted athlete and a wonderful person,” said the organizing director of the Christmas Marathon.

“Such a warm and caring person,” commented a teary-eyed friend who ran with her in the past.

There was talk of canceling the event, but given the time and resources that were already invested, it was decided to keep it open. Most participants agreed and only a handful of runners abandoned the marathon, too distraught to concentrate on a race.

Mary Langstom ended up winning and Hanna Oylandt placed second. But the marathon was subdued and the usual holiday celebrations and champagne cheers at the finish line were absent.

That evening, Ned Carney was arrested 25 miles from Silver Lakes after a state trooper stopped his car and noticed a bruised face and an eye patch. A quick check brought up a record of multiple arrests in the state of Maine.

Pearson fixed a cold stare at Ned Carney who was seated in front of him.

“Why did you kill the two women?” asked Pearson.

“I never meant to kill Chandler, just mess up her knee. But then she started grabbing me and fighting back."

“Some woman called me out of the blue and offered me $500 for the job. Never met her and don’t know who she is.”

“That wasn’t me…you got the wrong guy on that one.”

Jack’s hunch was confirmed that the Hasting and Chandler attacks were unrelated. Scanning the names of the winners at the Christmas Marathon, he called the hotels in town inquiring about Langstom and Oylandt. He wanted to question them, but both had already checked out and left Silver Lakes.

He then went through Carney’s cell phone, tracing the number that contacted him for the job. He dialed it from the precinct’s phone line.

“You’ve reached Teresa Cleary. Please leave a message and I’ll get back to you as soon as I can.”

Jack hung up without leaving a message. Stroking his chin with his fingers, he didn’t remember a Teresa Cleary from the running list he reviewed earlier.

A quick search on the internet brought up a dozen links to the name Cleary, but one article from a Maine newspaper caught his attention.

“Well, there you have it,” Jack turned to Pearson.

“I guess that’s one case down,” replied the police Captain with a sigh.