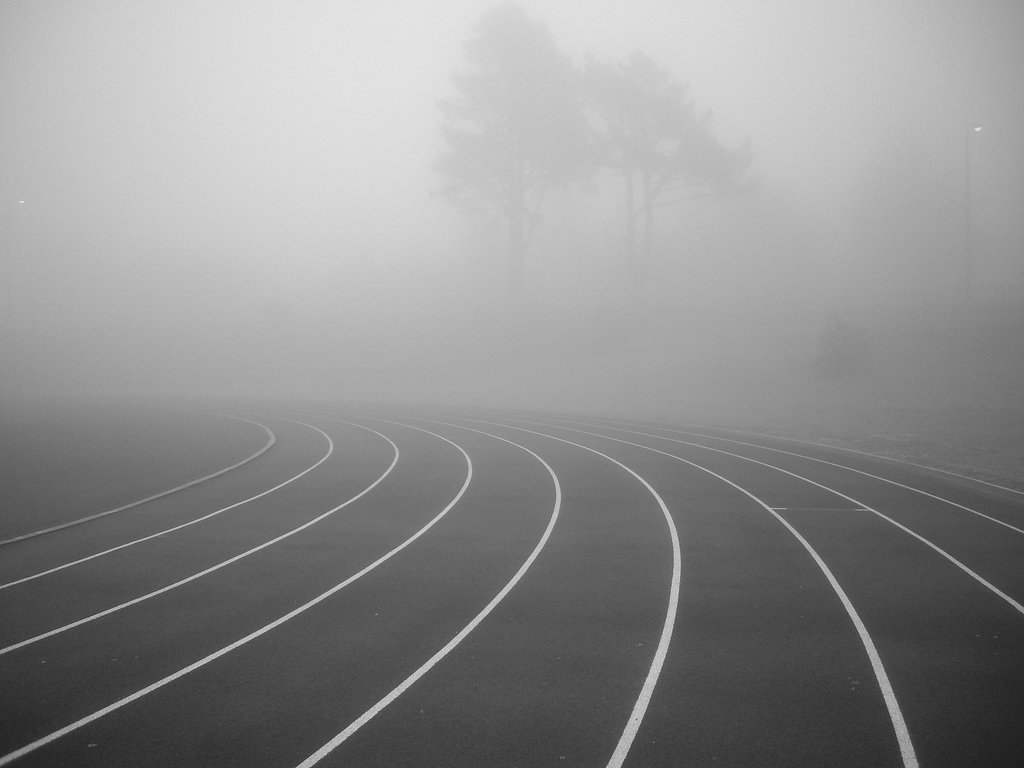 Kurt Mullen stood with his arms folded around his chest and a whistle dangling from his lips. He was watching the pack of runners circling the track in what seemed to be a continuous rhythm of effortless motions.

As the posse rounded the corner, he yanked the silver blower from his mouth and yelled, “pace it, pace it!”

At that moment, Kurt’s cell phone rang but he didn’t reach for the device until the third chime, clearly irritated by the interruption. Glancing at the screen, he placed the phone to his ear.

“I told you never to call me here,” he said softly.

“We have a problem,” came a voice from the other end. “The old man is dead and Vonn got arrested.”

A pause followed but the line was cut before Kurt had a chance to respond. Taking a deep breath, he scanned the expanse of the field in a reflective moment and then blew the whistle.

Turning to his runners who were now busy stretching on the grass, he blurted: “we have our big meet tomorrow, so until then don’t do anything stupid, or eat anything out of the ordinary.”

Kurt was Pikeville High School’s track & field coach for the past 4 years. He had raised the caliber of the team considerably with his running knowledge and application of discipline, earning the respect of Pikeville’s Athletic Director, Mack Robertson.

If you shop on  Amazon, support us at SPORTS HISTORY WEEKLY by clicking here for any of your purchase needs

Kurt came as a referral from Darnell College where he made first-team All-American and twice broke the school record in the 10K. Graduating with scholastic honors, he had no problems getting his resume short-listed for coaching positions.

At the job interview, Mack and Kurt found common ground after Kurt identified most of the athletes in the vintage posters and black and white photos that hung in Mack’s office.

When Mack pointed to a picture of Jesse Owens and asked Kurt if he could turn Pikeville’s runners into “Jesse Owens” winners, Kurt replied, “Well, Owens clinched 4 gold but the real winners at the 1936 Olympics were the Germans with more medals than any other country.”

Mack didn’t know how to interpret the answer other than to take it as a sign of Kurt’s well-rounded education. But more puzzling was the inexplicable 18-month hole in Kurt's resume.

Still, Mack hired Kurt based on the stellar recommendation from Darnell and if anything, Kurt ended up exceeding his expectations at Pikeville.

Outside school, Kurt kept a low social profile and rarely attended social mixers. He wasn’t native to the community and at 28, everyone assumed he was still living a bachelor life.

At home after dinner, Kurt sat at his computer and typed in a search. He clicked on a link to an article:

Vonn should have known better, he said to himself. TKA had sufficient funds, so why couldn’t he just buy the artifacts instead of trying to steal them and exposing the organization.

He turned on the TV and settled into the sofa with a beer, wondering whether Vonn would open up to officials about TKA and its members.

Cheers erupted the next day at the finish line when Pikeville won 2 of the dozen events that were contested at the semi-finals heat. Kurt’s runners took the 5K and 10K races, the first time the school had managed that feat.

“Congrats, coach,” said one of the parents as she passed Kurt on the field.

After the meet, Kurt gathered his squad and praised them for their accomplishment. He reminded them not to abandon their regimen, since the finals were only a few days away.

“Thanks to Kurt, Pikeville now has a complete trophy case,” said Mack to the group. “Football, baseball, soccer, field hockey, and now track & field…we got it all!”

Clapping and whistling, everyone turned to Kurt who was leaning against the wall, showing little emotion.

As the coaches and their assistants filed out of the office, Mack slapped Kurt’s shoulder and said, “can’t wait to see how we do at the finals.”

On his way back home, Kurt’s cell phone rang in the car speaker.

“Bad news. The FBI raided Vonn’s home and found enough evidence to take down TKA. Rumor has it that he’s plea-bargaining for names.” The voice hung up.

Kurt tightened his grip on the steering wheel and picked up speed. He cleared the lights while they were still yellow and made a screeching turn into his residential complex.

At home, he threw himself in front of the computer and searched for a link to the latest story on Vonn.

If you shop on Amazon, support us at SPORTS HISTORY WEEKLY and click here for any of your purchase needs

“Have you heard from Kurt?” asked Melissa, knocking and peeking into Mack’s office while he was sitting behind the desk. “The kids are saying he hasn’t shown up to practice yesterday, or today.”

Mack looked up with a puzzled face but before he could reply the phone rang.

“Can I speak with Mack Robertson, please?”

“This is Agent John Cartright from the FBI. We have reason to believe that one of your staff, Kurt Mullen, has been involved in federal crimes.”

“Wha…what?” Mack sat up at attention.

“We recently apprehended Robert Vonn, the leader of a violent white supremacist organization. Vonn named Mullen as an active member of the group. Do you know anything about that, or where we can find Mullen?”

“No, no, I don’t. He hasn’t been at school for the last 2 days either,” responded Mack in a shaken voice.

Mack hung up and buried his face in his hands not knowing what to make of the FBI's bombshell phone call.

Suddenly, in a state of agitation, he raised his head and stared at a filing cabinet resting against the wall. Springing out of his his chair, he darted across the floor and pulled a file from one of the drawers.

Holding Kurt’s letter of recommendation from Darnell College, he looked at the signature on the bottom: Robert Vonn.