The Most Bigoted Man in Baseball 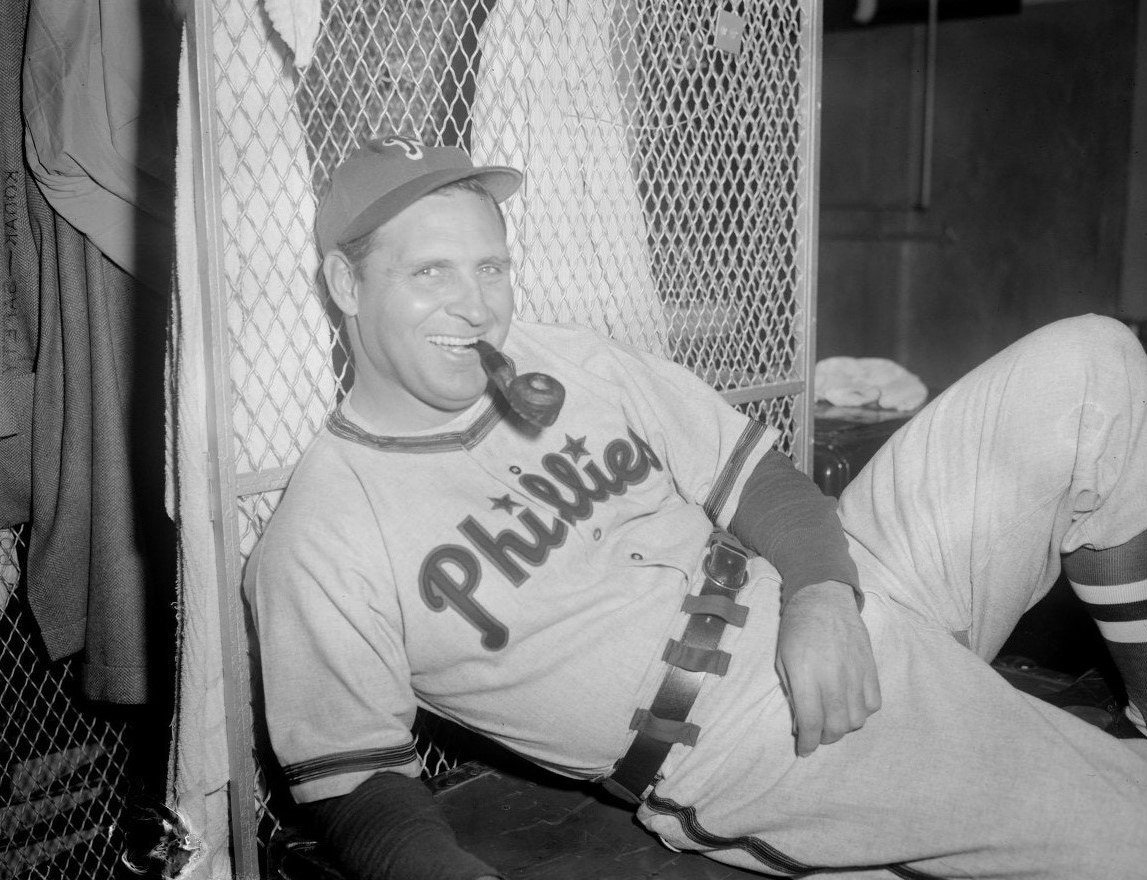 Ben Chapman, Philadelphia Phillies manager who hurled unrelenting racial slurs from the bench at MLB's first black player, Jackie Robinson. His tactics eventually backfired when the majority of fans and Jackie's teammates rallied around him, solidifying the team and accepting him as a true Dodger.
Posted Friday, October 7, 2022 8:00 am

He flung Nazi salutes at Jewish fans when fascism was on the rise and hurled racist epithets when MLB’s first black player took to the plate. While Ben Chapman was not the only racist in Major League Baseball, he certainly displayed its ugliest face.

Making his debut with the New York Yankees in 1930, the native southerner played with the best in his era and then went on to manage the Philadelphia Phillies.

His offensive production kept the scoreboard busy for several teams, but his offensive behavior marred his character and tossed him into history’s bin of disgraceful athletes.

On March 31, 2016, the Philadelphia City Council unanimously passed a resolution officially apologizing for the “unconscionable abuse” Jackie Robinson suffered when he played ball in their town during the 1947 season.

Though Jackie was already deceased for 44 years when that declaration was made, there was much to apologize for and his widow, Rachel, was there to receive the recognition. Major League Baseball’s first black player was the target of unrelenting racial vitriol whenever the Dodgers played the Phillies in the “City of Brotherly Love”.

Leading the tirades from the bench on a regular basis was the Phillies’ own manager, Ben Chapman.

Born in Nashville, Tennessee, Chapman came up through the Yankees’ South Atlantic League before joining their “Murderers Row” lineup in the Bronx with the likes of Babe Ruth and Lou Gehrig. Dubbed the “Dixie Flyer” and “Alabama Flash”, he led the league in stolen bases three years in a row from 1931 to 1933 and once again in 1937.

Chapman spent 16 years in MLB with 7 different teams, appearing as an All-Star four times and winning the 1932 World Series with the Yankees. He wrapped up his career with a .302 batting average and stepped into the Phillies’ management position in 1945.

When Jackie Robinson took the job as the first black man to play in a white man’s league, Branch Rickey, manager and part-owner of the Brooklyn Dodgers, told him “I want a ball player with guts- the guts not to fight back, to turn the other cheek.”

The venerated baseball executive knew exactly what he was doing when he sought out the Negro League player. In 1946, Jackie was hired to play for the Dodgers’ AAA Montreal farm team and a year later, after proving himself a .349 batter, the 6’0 ft, 195 lb. hitter joined the big league.

With racism being institutional in baseball, Rickey and Robinson had an agreement that the 28-year old would control his temper on the field for two years. After that, he would be his own man and free to push back.

The strategy was necessary to acclimate white fans to seeing a black man wearing their team uniform. Otherwise, the goal of integrating baseball with more black players risked failing.

As predicted, the invectives came from all sides when Jackie started playing, including from several teammates in his own Brooklyn squad. A few players from the Cardinals, Reds and Cubs even threatened to strike, though NL President Ford Frick came down hard on that uprising.

As much as they tried to resist, ball clubs couldn’t simply avoid playing the Dodgers, since the official count for a forfeited match was 9-0. On the road and even at home when teams were visiting, the worst verbal jabs were flung by Chapman.

An unabashed heckler, he mastered the established practice of bench jockeying and used it to harass Jackie whenever he stepped up to the plate. Every crude and imaginary racial slur was thrown to demoralize the black rookie, who had no choice but to absorb the blows.

At one point during a spring training session, Robinson couldn’t hold back his seething anger and snapped back, “why don’t you get on somebody who can fight back?”

Confronted with charges of racism in later years, Chapman claimed he wasn’t a bigot and that “the pigment of a man’s skin was God’s doing.”

Even before Robinson arrived, malicious baiting from the bench in MLB wasn’t uncommon. Players of Italian, Irish and Jewish backgrounds were routinely hollered for their ethnicities. Chapman argued that even he was harangued as a “redneck” when he started playing in New York.

But during Chapman’s days in the Bronx, his bigotry was fully exposed. In 1933, he intentionally spiked the Washington Senators’ 2nd baseman, Buddy Meyer who was thought to be Jewish, and followed up with antisemitic rants.

The incident sparked one of baseball’s most violent brawls that spread to the dugout and to the stands. Both players were subsequently fined and suspended for 5 games. Chapman continued to taunt Jewish fans in Yankee Stadium with Nazi salutes and disparaging remarks.

In 1934, about 15,000 New Yorkers signed a petition asking the Yankees to get rid of their unsavory outfielder. Later on, he tried to make peace with Jewish fans in the stadium but was traded to the Washington Senators in 1936.

Ironically, the Yankees got in return another racist by the name of Jake Powell. That same year, Powell purposely collided with Hank Greenberg, the Jewish 1st baseman for the Detroit Tigers, putting him out for the season with a broken wrist.

But Powell made his notoriety two years later during a radio interview when he remarked that when he worked as a cop in the off-season, he stayed in shape by cracking blacks over the head with his nightstick. (Powell was actually never a policeman).

The excessive taunts against Jackie eventually crossed the line with officials. Concerned about the negative publicity that America’s favorite pastime was receiving, commissioner Happy Chandler and Ford Frick interceded to stop the abusive attacks from the bench.

In a public relations effort designed to win back skeptics, they also convinced Robinson and Chapman to pose for a photograph holding a bat together, which was then released to the press.

Chapman’s tenure as manager with Philadelphia lasted less than three years and he was fired mid-season in 1948. Whether the 39-year old was dismissed for his behavior is unclear, but the franchise went through two more managers that year and ended up with a losing season.

Ten years later, the Phillies became the last team in the NL to integrate and the third to last in all of professional baseball.

But most importantly, Chapman’s racist behavior ended up backfiring since the majority of fans and teammates sympathized with Jackie’s plight, helping to make him feel like a true Dodger and opening up the game for more black players.