When Soccer Kicked Off an Armed Conflict 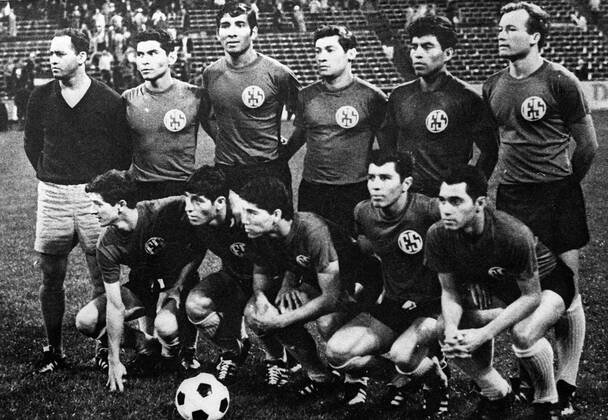 In 1969, at the height of the U.S. involvement in Vietnam, a little-known conflict was simmering in the Western Hemisphere.

Though tensions between El Salvador and Honduras were historically rooted, it was a series of World Cup qualifiers, whipped up by fervent governments and an irresponsible press, that helped send the two Central American countries into armed conflict.

In June, 1969, Honduras and El Salvador met in a two-leg qualifier for the 1970 FIFA World Cup. Both countries were long-time members of FIFA who competed in CONCACAF, but neither had ever made it to the sport’s greatest stage.

The World Cup was now heading to their back yard and after Mexico was granted automatic entry as host, only one other slot was open in the group.

In the early rounds, El Salvador defeated Guyana and the Netherland Antilles, while Honduras dispatched Costa Rica and Jamaica.

The two faced off in the first of their 2 headers in Tegucigalpa, capital of Honduras. The visiting team arrived on June 8th and spent a sleepless night in their hotel after local fans kept them up with hostile chants, car horns and firecrackers. The next day, the home team won the game 1-0.

A week later, it was the Honduran squad that endured fan rancor when the second match moved to El Salvador. The violence was even more pronounced as local supporters broke the hotel’s windows and threw rotten eggs, stinking rags, and dead rats.

At game time, the Honduran players were transported to the stadium in armored vehicles, which also served to whisk them to the airport after they lost the match 3-0.

Meanwhile, the border turned deadly when two visiting fans from Honduras were beaten and killed, scores were hospitalized, and a hundred and fifty cars were burned. For a few hours, officials closed the frontier between the two countries.

Do you shop on Amazon? Support us at SPORTS HISTORY WEEKLY by clicking here and surfing for ANY of your personal and household needs

Brewing at the surface was more than just soccer passion and national pride. For generations, El Salvador and neighboring Honduras struggled with socio-economic issues of land reform and displaced populations.

On both sides of the border, powerful land-owning families in alliance with corrupt dictators kept landless peasants in a perpetual state of economic deprivation.

Despite being five times larger than the size of El Salvador, Honduras had fewer inhabitants and was home to 300,000 Salvadorans, or 20% of its population, who had immigrated to work for American companies such as United Fruit and Standard Fruit.

In the early 1960s, a military coup in Honduras brought in a government that enacted new land reforms, which stripped away the rights of Salvadoran squatters and granted Honduran citizens property that was both legally and illegally occupied by foreigners.

BUY- 'The Official History of the FIFA World Cup'

By the end of the decade, thousands of Salvadoran laborers, migrants, and long-term settlers were being expelled from Honduras in waves, filling refugee centers across the border.

The situation boiled over in the summer of 1969 as skirmishes broke out and the militaries of both countries took up positions on their 243-mile jungle frontier.

Against this political backdrop, the two foes were heading for a deciding 3rd match on neutral grounds in Mexico City.

On June 27, 1969, under the watch of 1,700 police officers at Estadio Azteca, El Salvador and Honduras took to the pitch.

El Salvador’s striker, Juan Ramon Martinez, scored the first goal 8 minutes into the game, though it was soon equalized in dramatic fashion with a bicycle kick by Jose Enrique Cardona, the only Honduran with European soccer experience (Atletico Madrid).

Before the close of the first half, Martinez sent another shot into the net to give his country a 2-1 lead. The gap was closed once again in the second half when Rigoberto Gomez pounced on a midfield pass to place the ball in the Salvadoran goal.

Knotted at 2-2, the game went into overtime. 11 minutes into the first of the two 15-minute periods, El Salvador’s Mauricio “Pipo” Rodriquez met a cross in the penalty area and slid the ball past the Honduran goal keeper. Trailing to the end and under heavy rain, Honduras had no answer for their deficit and El Salvador ended up winning the series.

Three months later, El Salvador went on to overtake Haiti for a berth at the Cup.

In the media and in popular imagination, Pipo’s shot in the net would become the casus belli for the ensuing war between the two impoverished nations.

But the reality was different. War was already brewing.

Do you shop on Amazon? Support us at SPORTS HISTORY WEEKLY by clicking here and surfing for ANY of your personal and household needs

On the ground, though, at Aztec Stadium, both sides displayed sportsmanship behavior when the game finished. UPI reported that the match “ended in embraces and handshakes by both teams.”

“On the field, we respected each other,” recalled El Salvador’s former captain, Salvador Mariona, in an interview with Sports Illustrated 50 years after the events.

“Neither from the Honduras players nor from our side were the games between enemies, but between sports rivals,” said Pipo in an interview with BBC News.

He added: “For me, that goal will always be a source of sporting pride…What I am sure of is that the authorities and politicians made use of our sports victory to glorify El Salvador’s image.”

The camaraderie among the opposing players stood in contrast to the events that were unfolding back home. El Salvador had broken diplomatic relations with its neighbor.

In a political atmosphere that was quickly deteriorating, El Salvador claimed that 11,700 Salvadorans were recently chased out of Honduras under intense violence with no official protection, or compensation.

On July 14, 1969, less than 3 weeks after the Mexico City game, El Salvador launched a ground invasion into Honduras accompanied by air raids.

For the next 100 hours, these two nations that were culturally, religiously and linguistically indistinguishable, became embroiled in a deadly war.

In his book, The 100 Hour War, Dan Hagedorn captures the history leading up to the conflict and the air battles that took place. Among other things, the episode saw the world’s last dogfights between World War II-era piston-engine aircrafts.

The conflict lasted 4 days before the Organization of American States intervened to force a cease fire.

Fought mostly on Honduran soil, the “soccer war” was responsible for an estimated 900 civilian deaths on the Salvadoran side and over 2,000 on the Honduran. Several hundred thousand people were also displaced, exacerbating the region’s troubles for years to come

A year later, making their debut at the World Cup in Mexico City, El Salvador was assigned to Group 1, which included the Soviet Union, Belgium, and Mexico. They lost each match without scoring a single goal.